September 2015 GOOD INFO HERE How that “Think Happy Thoughts” Stuff works. Even if you think happy thoughts, you will run into people who don’t. A critic accuses me of praying to crystals to heal the world. Why do bad things continue to happen if I’m thinking happy thoughts? How do you know when your past momentum is caught up?

August 2015  GOOD INFO HERE  After divorce or other trauma: Mental Exercises to rewire your emotional brain after trauma. Prepave happy experiences by paving new neural pathways using your own self talk. Sometimes we mistake why someone is in our life.

July 2015  What’s going on in the Earth’s energy field? It can be scary to drop our weights when we’ve grown used to the burden. What if you’re doing all the “right” things and still get slam dunked by karma?  I’m contacted by someone who wants to double the ads in the mag (no thank you.) Why Horizons is unlike any other free mag on the stands.

June 2015  A sudden windfall of dollars, do you pay with it or pay people back with it? Roadblock, do you gripe about it or slink past it on to your next good thing? The quickest way out of drama is to stop talking about it. Youcan only attract what you are vibrationally in tune with.

May 2015  The Camino de Santiago inspires me to begin longer daily treks. I walked four miles thinking it was two. I cut walking paths in my woods so I have a one mile trail to walk under shade of oaks and pines right outside my door. I’ve learned to make my home my santuary.

April 2015  Beloved Ma Yoga Shakti passed from her physical body. When we check out of our physical bodies, our work can take on a new dimension. I cannot grieve when I know there is no separation. Why do some attract kindness and others attract aggravation? “It” comes when I expect it to come and believe it will come.

March 2015  GOOD INFO HERE   An effective process for releasing hurt and overcoming grief. A vision of Sai Baba and Amma in IHOP.

February 2015  Living beyond emotional triggers, what I do to connect to Spirit each day. Keeping “my stuff” manageable helps keep my life manageable.

January 2015  I love having woods on three sides of me. Being a workaholic, it’s crucial I make my home my sanctuary. I look forward to my time alone. My old blog got hacked.  Change used to freak me out.

December 2014  GOOD INFO HERE The process to gather momentum and amplify attraction power. Lots of people are unhappy with election results. I know that no matter who is or isn’t in office, I can find happiness.  Why do I obsess over things so much?

November 2014  Wherever you are, make a heaven of it. Friends have been travelling to Peru, France and India, to sacred sites such as Macchu Picchu, Lourdes and Puttaparti. WE are the vortex we seek.

October 2014  Why I paint in the silence. Silence for me is full of presence. Where one door closes another will open, but you won’t see the door if you’re fretting over what you feel you lost. How do I know if I’m looking in the wrong place? The person next to you is part of your spiritual family or they wouldn’t be in your face.

September 2014 I’m doing a series of paintings as a form of shamanic soul retrieval. A Seven Step Process To Journey for Soul Retrieval.

August 2014 Back in the art studio. How I focus attention to stay motivated. I envisioned paradise and they built it around me. If one income streams slows down, be on the lookout for opportunity.

July 2014 Commanding the lemon seeds, Housework as a spiritual path, Prepave a long and healthy life, Decide how you want to be seen then become that

June 2014 My father did not know how to have a discussion without having a fight. I ask an ex 4 exit interview questions and he came up with new things to blame me for. How to forgive and find closure if the other is unwilling, absent or dead

May 2014  I rejoin Planet Fitness.  My email account gets hacked. Releasing old patterns of thought to attract a better experience. When it’s right, it’s easy and there is no struggle.

February 2014  The ones we attract are not always meant to be our romantic partner, finding lessons in relationships, signs of chakra imbalance and suggestions to bring back into balance.

January 2014 Stop telling the sad story and start living the happy life Your self talk determines your future outcome (and income.)  Pain is caused by choosing to continue following a particular line of thought. Distract yourself with replacement thoughts.

December 2013 A successful manifestation experiment. My spidey sense lets me intuit proximity – I knew the moment they were gone. Using my (visualization) powers for good in someone else’s life

November 2013 The dark night of the soul is a gift of opportunities. We can make it easy or we can make it hard.

October 2013 Employing willpower to replace unproductive and unwanted thoughts long enough to attract a happy and fun situation. It’s fun what I attract when I make myself happy. Replacement thoughts, how to develop willpower.

Sept 2013 Bless the ones who come into your life and tear your foundation out from under you, Step by Step, the dream about flying over the ocean. A friend asked me to summarize what I believe.

August 2013 Bless those who malign and terroize you. Never lower your vibration to help someone. The Truth About Lying. My spiritual lineage, Accept all things, anything else perpetuates the dream.

June 2013 My braided hair tail is returned 16 years later! How do you “vibrate in harmony” with something? Everything you want is literally in front of you. The longer I stay in the vibe of Happy, the more Happy I will attract into my life.

May 2013 Using secret crushes as emotional fuel for creative visualizations, putting infatuation energy to good use. For every one I lose, a dozen more will come. I rediscover a brother on the Path from years past.

April 2013 I cannot hate my ex for deceiving me because I only ever wish for anyone else what I wish for myself. Love when those around you love; let their love fill you. Use whatever energy you find yourself in and transmute it into fuel for your own benefit.  Focus your attention on your next good thing.  Your self talk determines your future outcome.  The only way unhappy people can stay in your life is if you focus on their unhappiness.

March 2013   I attract karmic backlash in relationships because I have not always acted admirably with men. New beginnings! Practicing the best case scenario “what if.” We’re all on this journey together

February 2013  A timeline of the break up. When a new man says he leaves Armageddon in his wake, believe him. To He I Tried To Help. On the other side of it now as friends on the path .  Elizabeth Gilbert : A soul mate’s purpose is to shake you up so much that you have to transform your life

January 2013 Was there a mystical awakening on 12-21-12? I’m not always in a visionkeeper state of mind. Competition and jealousy is how we work stuff out with each other. It’s not a numbers game, it’s a consciousness game. Say no when it has to be a no. The end is always followed by a new beginning.

December 2012 Kryon’s Parable of the Rainbow Room. Competition and jealousy when we’re on the Path is because that’s how we work stuff out with each other. Is it possible to be in a happy love relationship with someone you aren’t planning a future with? Please leave me out of your silly girl sh*t while I’m over here trying to save the world.

November 2012 You vote vibrationally with every thought you think. How do you know if you are in relationship or not? Specific people come to us as a manifestation of your vibration, every time.

October 2012 I’m blinded by the Light, beware of handsome men spouting spiritual truths, how friendships can remain after breakups: realize you no longer have the same destination

September 2012 Secrets to Starting Your Own Business, We’re allowed to change our mind, we’re allowed to have more than one career, goals do not have to be long term

August 2012 The initial insights when we begin meditation are messages. We feel led to teach what we most need to learn more about. I pay attention to what comes in and what goes out of my body as part of my spiritual practice. Stop faking orgasm, learn what turns you on then tell your partner that,

July 2012 Media spin; as a journalist I draw the reader’s attention to the good that is ever present; cultivating my inner cheerleader; encourage friends in their personal visions,

June 2012 Ma Yoga Shakti’s last visit;  Summer Solstice tradition; the dream of my father’s toolbox;  Miracles happen all the time. Believe that it’s in YOU to change what you attract.

April 2012 Working out has become fun – finally! The Lord’s Prayer translated from the original Aramaic. I was blessed by an angel last week. If you find the new disturbing, try watching for signs of miracles instead. 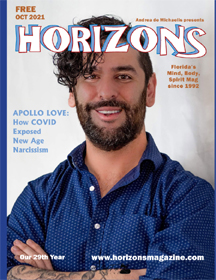