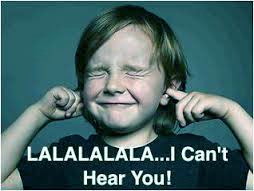 Last night I saw an episode of the Real Housewives of Beverly Hills and witnessed a classic example of misunderstanding between friends. Bethenny Frankel was in this episode and, coming from modest beginnings, she’s not only built a multi-million-dollar empire with her Skinny Girl Margarita Mix, she’s become an expert in branding. She meets  Erika Jayne and Erika is married to a very wealthy man twice her age.  A former cocktail waitress, she’s sassy and she’s built a niche for herself an erotic performance artist. In last night’s episode, the girls get together and Lisa Rinna, who always makes sure everyone knows everybody’s business, start showing Erika’s video called Painkillr to everyone in the limo on the way to an event they are all attending. Later at dinner, Erika asks Bethenny what she thought of the video so Bethenny offered her opinion.

Now the essence of what I heard Bethenny say was “you’re a very elegant appearing woman here at this dinner, you’re well spoken, you seem to have it all together, what I see before me is very different from the alter ego of your performance persona. As I watch the video, it was unclear to me in what context I was to watch the video. I think you can tweak your website and your video to make it clear.” Bethenny’s point was that her website needed to make strong statements that were not being made. I think that the point was “you have got something very marketable and a bit unique here and I do not think the video that I saw nor your website reflects the magnificence of who you really are, in the genre where people are asking for that.”

Now what Erika heard was that the video was poorly produced and “I don’t know what you do, explain yourself.”  A classic case of misunderstanding.

Bethenny is not known for her gentle delivery but I think she could have been a little clearer. Had it been me who was asked specifically what do I think of it (I’ve not seen it), I would have said what Bethenny said, “you’ve got something real marketable going on here, you provide a rather unique service that is in demand by an entire segment of society which is why you’re successful at it. I think your website could be a lot stronger to get your message across as the message of an icon, if you will, of that particular culture in performance art and I think you can establish yourself as that by doing a few things different with your website and promoting what you do in a different way. Not to change anything about your art, not to change anything about you or your singing or your dancing or any of your performance art. All I’m talking about is letting your website more accurately represent everything that you have to offer so that people can make no mistake that you are the dynamic, mutidimensional force that you are.”

Bethenny saw right away that Erika didn’t get it. Erika missed a huge gift.

Erika’s closing remarks were that “anyone can make a margarita and Bethenny is just jealous.” Erika missed the point that Bethenny is a successful entrepreneur who was giving her free advice on branding herself more clearly to expand her empire and be more successful. You can lead a horse to water but you can’t make her drink.