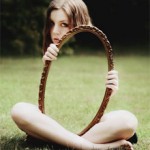 I’ve watched the Real Housewives shows off and on the past couple of years and have had a couple of the housewives as clients. I like reality shows because I like to see how people act, react and relate during all kinds of conditions. Under stress is when we learn who someone really is, and under stress we learn who we are, too. RHOA cast member Kenya Moore is an easy villain to target. She knows she’s hot, she’s narcissistic, she openly flirts with friends’ husbands, she’s an instigator, she’s unapologetically arrogant and has a history of fabrication and exaggeration. She’s like a female version of Phaedra’s husband Apollo, and they both love the attention. A vibrational match. In last night’s show, Apollo admits he lied to his wife and everyone else about Kenya coming on to him. He literally dragged Kenya thru the mud all season and, well, we all believed it because, after all, look at her past actions. When he told his cast mates that it was all a lie he made up, they lit into him for letting them side with him for two years while they talked sh*t about Kenya in Apollo’s defense.   But who’s the real villain here? Kenya for baiting the hook, then being taken aback when she attracts a bigger fish than she bargained for? Or Apollo for getting caught in Kenya’s web and reacting as he did? Clearly neither of them were thinking about the consequences of their actions.

Had she not had a past record of fibbing, scheming and bad behavior, if he’d just said it out of the blue and not to stir her up in retaliation for anything, she’d likely have shrugged it off and not cared what he said. We know who people are by how they live their lives. Your life is your message.

Having taken sides, the cast mates got to discover who they were during the process as well. Sharp-tongued, Kenya would lash out and smack talk anyone who she thought gave her an attitude.  Rather than, say, calling the other in private, without fanfare, cameras or an audience and ask them what the problem was, then hearing what they had to say. Everyone just having a discussion like conscious adults, where everyone wants the same thing: to live happy and fulfilling lives.

The aftermath is that everyone now gets a chance to look at it, after the fact and, knowing the facts, see more clearly what their part in it all was. They get to see what they could have done differently. They get a glimpse of who the other one really is, and if they’re lucky they recognize the mirror.

That’s what friends are for. They come into our lives and engage us to reflect us back to ourselves when there is something we can benefit by looking at. Each person you know – especially if they rub you the wrong way — are there reflecting back to you facets of your personality that you are unaware of. When you are triggered by something or someone, that shows you where you have emotional work to do.

This is why there are so many personality conflicts on the spiritual path. That’s how we work this stuff out, with each other. And we don’t get to work it out with only the ones it’s fun to work on issues with. That comes later. First we have to work on it with the people we really don’t care for, have no respect for and think are beneath us, who we think don’t walk their talk or possess the skills they profess. The reason these people are in our experience and irritating us is because right now we are all vibrating in the same place — like it or not. So the quicker we can get over it and get on with it, the quicker we move onto the ones it will be fun to work on issues with. The reflection is not lost on me.