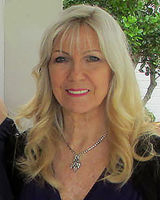 Before I knew his name, before I saw his face, before I ever knew what hit me, I responded, “I don’t reply to men without a profile picture.” Years and years of on-line dating had made me cynical. In the subject line he wrote: “Just Curious.” Innocent enough. . . yet, the communication, though normal, felt “charged” with innuendo. There was something in the way he scrambled to post his photo, trying furiously after many attempts to recapture and keep my attention. And before I could delete him, his photo popped up.

I vaguely remember being a bit surprised, but I clearly remember saying out loud, “Hmmm, this should be interesting.” I cringed as I read his profile. He was 13 years younger than me; divorced; in fact NEWLY divorced, (making me, ugh, rebound girl, a definite RED flag). His very first question was about the white paper I wrote to influence changing the disabled parking laws. I was bewitched.

My mother, a devout Catholic, raised by Nuns, taught me by her example, to be kind and respectful to everyone no matter what race, religion or sexual preference they were. My father, on the other hand, was the Archie Bunker in the family, however, his voice in my head, at this time, was conspicuously quiet.

As I continued to read about this person, it triggered ALL the red flags that I must have “chosen” to unconsciously ignore: shared custody of a nine-year-old son; a prominent position in a large organization; he worked out; played basketball everyday of the week etc. I must have gone deaf, dumb and blind!

By the time my father’s voice became conscious in my head, we had broken up and reconciled more times than I can remember. It was during a session I scheduled with a young, “New Age” healer, who I desperately needed to help me recover from yet another painful break-up, where I first heard myself admit to shamefully mimicking my dad: “He owes me, I crossed the line for him!”

Attempting to be as authentic as possible, I asked myself: Where did that come from? It certainly was not how I thought or felt! Did I believe this thought? Is it true? I did not see myself as prejudiced or a bigot. After all, my daughter’s aunt and grandmother, on her father’s side, where both married to African-American men. I totally embraced this side of the family even though my daughter and I had very little contact with her biological father, we were both enamored with her heritage.

This story is not about the heartache and pain I suffered from choosing someone who was so obviously “Mr. Unavailable Guy,” it’s potency lies more in the fact that I was becoming aware of my father’s totally subconscious voice in my head.

I asked myself, was this a blessed gift, or had I subconsciously manifested his presence in my life? A Holy Relationship. This cognitive recognition influenced the realization that this encounter was destined to alter, if not my reality it would forever alter my awareness of how prejudice is inherited. Passed on subconsciously as a whisper, and if left unexamined, it can inadvertently influence our perception. I was reminded of the quote by Anais Nin, “We don’t see things as they are, we see them as we are.”

This one realization triggered other memories of conversations I had with my dad when I was still living at home. (1968) A conversation I vividly remember happened while dad was watching the evening news, he called my attention to the Mayor of New Jersey, Kenneth Allen Gibson, as being the first African-American elected Mayor of any Northeastern city of the US.

“Ain’t that something?” He asked me in his bigoted Archie Bunker style.
“Wow Dad, I said, knowing I was stirring the pot.  Maybe I should date him?”
To which he quickly retorted “Nahhhh! Stick to your own kind!”
It went right in.

Later I realized, that must have been where the “I crossed the line for him” originated.
As innocent as it was. . . Hate is taught.

One night, “Mr. Unavailable Guy” and I were out at a small over-crowded bar on the beach, listening to the blues, and having a drink. I had found a seat and he was leaning against the wall when this guy yells at him to sit down. When he patiently responds to the affront and replies, “Me? No man, I’m good,” the guy yells back, saying “sit down, it looks like you’re casing the joint.”
I was shocked! He just grinned and said “No man, not me.”

I was so angry, I was fuming, while he responded to the insult with such grace and humility, that he was reassuring ME, saying that it was no big deal, he was used to it, this kind of thing happens all the time. I wanted to go over and tell his attacker “ This man you just accused, has more class in his little finger than you have in your whole, entire body. “ But, following his lead, I just sat there and remained silent, glaring at this rude stranger, who didn’t know this man of substance at all!

What started out as just a “love story” isn’t just about interracial dating, rather it is a testimony to the unfair, unjust, unadulterated biased and unconscious thought patterns that go unexplored. It is, I witnessed, how we stay stuck in patterns of prejudice, unbeknown to ourselves, we repeat these biased judgments about those who we predetermine are somehow “different” than us. I began to notice that we have a blind-spot. Or at least I did.

Dr. Bruce Lipton of Stanford University wrote this about the subject: “The subconscious mind cannot move outside its fixed programs – it automatically reacts to situations with its previously stored behavior responses. AND (here’s the rub), it works without the knowledge or control of the conscious mind. This is why we are generally unaware of our own behavior, in fact most of the time we are not even aware that we are acting unconsciously. And it seems the unconscious mind is running us on its automatic pilot mode, 95% of the time! “

The actress, Anne Hathaway, on a similar subject, said this, as she accepted the National Equality Award at the Human Rights Campaign’s National Dinner: “It is important to acknowledge with the exception of being a cisgender male, everything about how I was born has put me at the current center of a damaging and widely accepted myth. That myth is that gayness orbits around straightness, trans gender orbits around cisgender, and that all races orbit around whiteness.” The dictionary defines ‘prejudice’ as a preconceived opinion that is not based on reason or actual experience. A preconception. Or to make biased.

In retrospect, back then, my lack of cognition made me so naive about what it must be like to live, on a day-to-day basis, in a country, that still bases someone’s worth, on the color of their
skin, gender or sexual preference. So very naive, perhaps because I paid little attention to the daily news, and after all we had elected a black President, I truly believed that these racist conditions for my sisters and brothers had improved.

Was it my naiveté? Or was I turning a blind eye? Was it in fact, that I had internalized the idea that it was an unspoken secret treated as taboo to even acknowledge that there was a cultural difference!? Kind of like, it had become consequential to even discuss sexual harassment in the work place. Things must change, and they begin to change when we are willing to take the risk to start the conversation.

We all remember that powerful moment Pres. Obama sang “Amazing Grace” during the eulogy for Rev. Clementa Pinckney, who was killed in a shooting at a Charleston church. Speaking of,
such a conversation was started by William Wilberforce, a humanitarian, who fought for 40 years, in Britain, for the abolition of slavery and for all manner of human rights. In the movie, “Amazing Grace” Wiberforce and his friend William Pit, the youngest British Prime Minister of his day, perfectly portray the life-long struggle the pair shared to influence the slave owners of the time, by reminding them that “God made men equal.”

This cruel history of inhumanity to man, still flows though our veins and the veins of our ancestors, and is the ugly ghost that still surrounds our civil rights today. Right now, in this time in History, we are once again, being reminded by this current administration; the White Nationalists rally in Charlottsville, Virginia; and the defiance of the “Take a knee” demonstrations during sports events, of our fight for freedom. If this is a “preconceived” opinion that whites are somehow superior to all other races, was this “unexamined” idea planted in the minds of those who still support it, in the same way my father’s voice was still echoing his unwanted, erroneous ideas in my mind? More important, what will it take to stop the cycle of hatred, and bigotry and become more conscious?

“Awakening is not a spectator sport. “ Wrote Marilyn Ferguson, in Aquarius Now. We are not born prejudiced, prejudice is learned. I lived in the South during those times, (1950’s), when a person of color was, by law, required to cross the street if my sister and I were walking on the same sidewalk. Just as I remember the public water fountains and bathrooms labeled “whites only.” I also remember the utter confusion I felt about how unjust these so called “privileges” were.

Truthfully, I don’t know what caused me to have that “one fearless moment of insight” that altered my perception, alerting me to be honest with myself about my father’s voice in my head.

This experience was just a glimpse into my own subconscious feelings of doubt. I’m not sure how it works. I know I am not my thoughts. I may have had this thought a million times and in my denial pushed it down as we often do when we feel embarrassed or ashamed.

However, now, if I ever do, unconsciously, find myself feeling the urge to grab my purse because a black man is standing near me, I know for a fact that I will be conscious that I am in that “conditional space of misperception.”

I’m sincerely grateful that my psyche allowed me to witness such a sacred moment. In fact, it is with Pride that I admit and can share that moment of Grace and how, with this awareness, for the good of all, we can start a conversation about fully embracing our brothers and sisters. We are all One, we are all created equal. We are each, but a drop in the Ocean of that Divine pool called Love. Quoting the Beatles, “Love is all there is.”