If you found out during 2014 that someone was not who they portrayed themselves to be, rather than judge or shame them for it, ask what it was in you that attracted that out of them. Bless them for having shown you the truth before they wasted too much of your life. Be thankful you are out of that vibe now and all the wiser for it.

As for me for 2014: Thank you, no matter how you showed up in my life. Whether you pushed me or pulled me, drained me or fueled me, loved me or left me, hurt me or helped me, you are part of my growth and no kidding, I thank you.

I was driving and had the fleeting thought I’d like to go to breakfast. Then I remember I don’t really eat typical breakfast food and I don’t just go into a restaurant and order anything without knowing how much fat they have added to it. I guess I like the idea of going to breakfast.

Watching Real World Skeletons, MTV’s reality show where they’ll bring castmembers’ exes into a house of randy rowdies who’ve just met and begun hooking up. Attention Everyone over age 14: all the guys you know are likely secretly hooking up with all the chicks you know and you’ll find it out 5-10-20 years down the road. Have a sense of humor about it, don’t take it personally, just govern yourself according. Like use protection and don’t expect people to mean what they say in fleeting intimate moments. 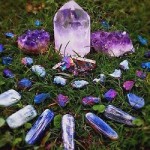 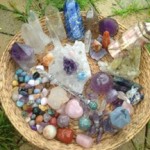 Update; Store closed but he’s now at Renninger’s flea market on weekends. We met with Raul Ramirez today, he owns the new metaphysical store on Palm Bay Road. Mystic Gems and House of Enlightenment carries quartz crystals, gemstones, rocks and minerals, gemstone jewelry, altar art and statuary such as Buddha, dragons and fairies. A large class/meeting room and private therapy rooms are available.  Mystic Gems is in the shopping plaza next to Wells Fargo at 2280 Harris Ave. Suite 5, Palm Bay, FL 32905 and store hours are Tues-Fri 11am-6pm and Saturday 11am-3pm.  Call Raul at 321-327-8996 if you’re a practitioner with a service to offer, such as massage, Reiki, hypnosis, yoga instruction, meditation, guided visualization.  Raul closed the store June 30, 2015 and can now be found at Renninger’s flea market on weekends on I-95 at exit 183, Eau Gallie Causeway. 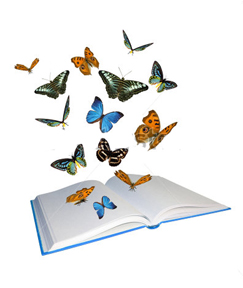 Self-published writers are upset with Amazon, since they depend upon them for promotion and sales (the article here –>  Amazon Offers All-You-Can-Eat Books. Authors Turn Up Noses,)  Kindle Unlimited is a new Amazon subscription service that offers access to 700,000 books for $9.99 a month. It brings in readers but writers earn less. As a publisher for 22 years, I hear a lot of complaints first hand by new writers.  If only the irked authors knew how it worked rather than trying to force it on the material plane. Sure, you can be the exception who has no resistance to the idea of becoming an author who earns a living from writing.  But most of us have to work years to even discover what it is we are unconsciously offering resistance to that keeps us from being successful.  Resistance is the only obstacle between you and your goal, ever.  To attract what you want, you need to release resistance. The way to release resistance is make yourself think thoughts and do activities that make you feel happy and free. Then what you want will show up by the time you’re done having fun. And if what you want isn’t showing up? That just means you haven’t had enough fun yet. Trust me.  Don’t set the goal to write for dollars, write for pleasure, don’t think about competition and who’s doing what. Pour your heart into it, stop thinking it should be bringing you income, then watch the dollars begin pouring in from unexpected sources. Maybe even from the books. But don’t blame Kindle or the new publishing world for what you attract — or don’t attract — relative to your own books. I learned early on I was a writer with no interest in being a bookseller, so my solution was to publish myself every month for the last 22 years. If it’s to be, it’s up to me to attract it.

RELATED:  New self publishing authors: don’t let friends proofread, hire a professional
Publish traditionally, solo self-publish or something else?
Writing your book? Vanity presses, self publishing, publishing
New Authors: How not to fall for an editing/publishing scam
Casper asks about ghostwriting
Ghost Writing, Being Behind the Scenes, Keeping a Secret

Expect changes in your stomach as you get older, says Dr. Sam, who is also an assistant professor of gastroenterology at Mount Sinai Hospital. Most notably, she says, its protective lining will diminish so it will be more susceptible to damage. It’s also going to take longer to breakdown your food. Commonly prescribed medications for heart disease, arthritis and back pain (as well as some over-the-counter pain relievers) also do a number on the stomach lining, which can put you at a greater risk for developing ulcers. Protect yourself. Leading an overall healthy lifestyle will definitely help long term. That means exercising regularly; eating a well-balanced diet that’s high in fiber (think whole grains, fruits and vegetables) and low in saturated fat and sugar; getting plenty of uninterrupted sleep; limiting your alcohol; not smoking; and managing your stress levels. “The GI tract is very linked to stress levels,” she says. “We’ve likely all experienced that connection when we’re nervous or upset and suddenly feel nauseous or have to race to get to the bathroom. So having a good outlet is important to help control any stress symptoms.”  Full article at http://www.purpleclover.com/health/1488-guard-your-gut/ 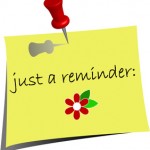 Two friends are having a falling out. One has lived in the other’s home rent free for a year. They no longer have fun sharing space. Both want to be free of the situation.  Both have posted snarky comments on Facebook about the other.  They’ve gotten wrapped up in the drama playing out to their FB friends and began to lose sight of what they really want.  Both understand metaphysical principles, yet in the heat of the moment it’s easy to forget what you know.  It happens. That’s an ongoing part of the spiritual path: we have a revelation, we understand, we forget, then we get the same lesson over and over until we remember again. That’s why it’s called the Path of Return.  So, instead of having a discussion with each other and setting boundaries, each for awhile chose to act at home as though nothing was awry, while smack talking the other on FB.   I recognized what was happening when I saw the news feed. Each contacted me after I’d commented on their post. I reminded them of what they really wanted, to be free of the other with a new living situation. The process to do that was:
(1) intentionally finding something else to focus on.
(2) Stop focusing on what the other was doing and saying.
(3) Take steps to move forward on their own, without waiting for the other to take steps.     END_OF_DOCUMENT_TOKEN_TO_BE_REPLACED 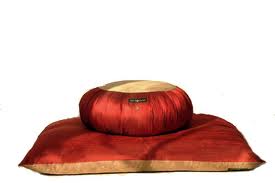 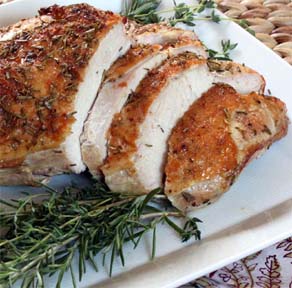 After debating how to prepare it, I cooked a turkey breast in an oven bag — first time ever. The meat took on the flavor of the fresh herbs I rubbed it with: fresh chopped rosemary, sage, thyme, tarragon.  It was the first turkey breast I’ve ever cooked that was juicy and flavorful. It weighed almost 7 lbs and cooked at 325 for 15 minutes per pound — 101 minutes. The internal temp was 165 when I pulled it out and rose to 185 after sitting.  We had baked potatoes and I filled acorn squash halves with an eggplant, herb and crouton stuffing.  I had a saute of fresh broccoli and green beans with red pepper, and made my fave fresh broccoli salad that didn’t make it to the table.  The morning was spent in kitchen prep, and doing the dance of moving things from a large pot to a small pot.  I wash everything as I go. When I’m done cooking, the kitchen is clean before I sit down to eat. I recall one of us kids always had to do dishes as part of our chores for allowance, and there were always a ton of dishes for the family after dinner. I broke the chain of that family curse! 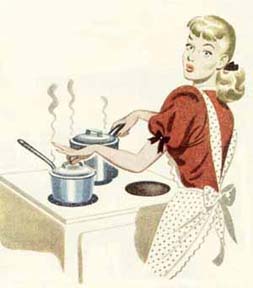 I love Christmas Eve. I don’t celebrate commercially but Dec. 24th marks the beginning of a week off for me.  I always cook on Christmas Day and prep for it on Christmas Eve.  But first, I began the day by labelling the January Horizons subscriptions and got them to the post office as they opened.   Next door,  I got my five gallon jugs for the water cooler refilled at The Waterman.  We took a drive to the beach and ended up at the dog beach so we checked out the pooches.  It was a beautiful sunny day.  I drove up the coast and took the scenic South Tropical Trail route back. I love driving in the sunshine.  I felt on a roll getting things done, so we stopped at K & C Oriental Market for keffir lime leaves, lemongrass, fresh ginger, galangal, red peppers and chuka soba. We’re stocked up and ready to hunker down until holiday madness subsides.   END_OF_DOCUMENT_TOKEN_TO_BE_REPLACED