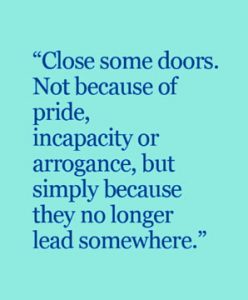 When someone shows up unannounced and your experience tells you it’s best to keep the door closed, you keep the door closed… no matter how many times they cry wolf.  I wrote yesterday in This is a drama free zone that I love Facebook’s On This Day feature that shows me what I’d posted 1, 2, 5, 7 years before on this day.  I’d written “I don’t know how people stay in moody up and down relationships with boomerang partners. It’s such a waste of everyone’s time and energy and is mega disrespectful. Thankfully I did my time years ago. I count myself lucky getting away with less than two years babysitting a drama queen.”   I wrote that after seeing posts I’d made reminding me of the maze I’d allowed a former friend to put me thru years ago. I spent less than 3 minutes in thought time on it but thoughts are powerful things. I finished some work and at noon laid down to sleep.  A knock on the door roused me and I opened the door expecting USPS. It was the former friend I’d just been reminded of.

Half asleep, I didn’t know why he was there nor even that I’d opened the door.
“I just walked 3 miles,” he said as I closed the door.
“I am not speaking with you.”

Experience taught me I cannot believe a word he says. I don’t have to be told twice. We’ve had this conversation before:  if there’s anything to say, you can text or email me.  You cannot just show up unannounced, especially after the fiasco of the last time you did that.  He’d offered an exit interview and instead of answering my 4 simple questions, he began an angry barrage of new accusations, new things to blame me for, more things he’d never mentioned in our uber-honest relationship.  I didn’t want a repeat of that.  I don’t vibe with anger. I closed the door. You only have to show me once.