The December Horizons is now online at http://horizonsmagazine.com/mags_online/12-16-Issue.pdf.  As of  2016, we are honored to have nationally known Maya White doing the monthly horoscopes. Maya White is a Master Destination Astrologer and one of only 90 people in the world certified in Astro*Carto*Graphy, a specialized branch of astrology which helps people find their perfect place on earth for love, prosperity, and personal growth. 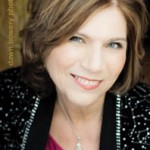 Visit Maya’s website and for an introduction to Maya White, read here http://horizonsmagazine.com/blog/introducing-horizons-new-astrologer-maya-white/  Contact her and ask what she might do for you.  Here are this month’s horoscopes:

END_OF_DOCUMENT_TOKEN_TO_BE_REPLACED 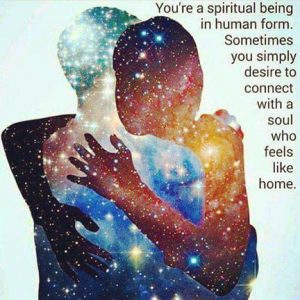 Remember that just because something feels familiar and comfortable doesn’t mean it’s good for you. When people go from one toxic or abusive relationship to another, for instance, it’s because that is what feels normal, it’s what feels familiar. Being able to adjust to an abnormal situation isn’t always healthy. 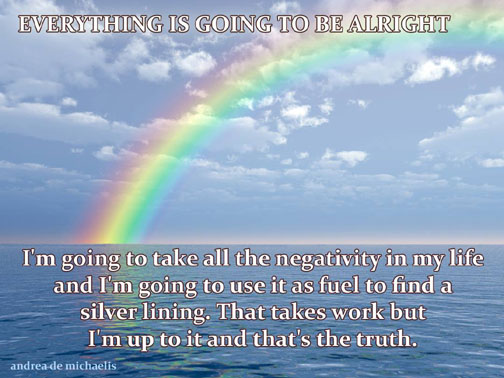 EVERYTHING IS GOING TO BE ALRIGHT. I’m going to take all the negativity in my life and I’m going to use it as fuel to find a silver lining. That takes work but I’m up to it and so are you.

To be great, you have to be willing to be mocked, hated and misunderstood. We undergo a crucifixion in every lifetime and our response to it balances karmic debt and determines how long we keep ourselves on the cross. It’s the same as coming to the altar to pray, expecting to receive fully, when we’ve not first forgiven everyone and everything. The initiation is in being mocked, hated and misunderstood. We run the gauntlet of the initiation by how we respond and react. The honor and blessing of it is being given an opportunity to resolve the past, do things differently and make a clean start. It’s a holy endeavor. 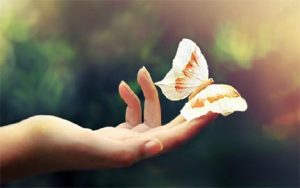 Whether you love me forever is irrelevant. What is relevant is that, while you love me, you love me fully. We don’t regret our past, we don’t anticipate a future. We enjoy each holy, sacred moment we’ve got right Now and we stay flexible enough to ever-morph into more of what our work together is to be. Who’s to say whether that’s 24 more hours or 24 more years? All that matters to me is that in the Now, I feel happy, I feel content, I feel I am doing meaningful work, I feel that I love and am loved, I am having fun, I feel emotionally supported. At some point, I learned it’s irrelevant whether that love comes from a particular person or not, and learned the duration had zero to do with it. The intensity of the connectedness and fun-ness in the Now is everything. Everything.

Funny how we can fail to see things that are right in front of us because we expect it to appear in a different form . Remember last week when I had to ask my neighbor for brown sugar for the bourbon chicken? Today I bought 2 boxes of brown sugar and I went to put it in the pantry and I noticed I already had brown sugar there. I did not see it before because it was not in the brown box I was used to buying it in; it was in a bag that was lying flat on the shelf. I need to stop being blind to the good that is coming my way so when it appears in a form I do not expect, I don’t miss it.

A former friend was arrested locally for grabbing a woman’s crotch. He got himself on the Sex Offender Registry in 2012 following conviction in a Florence, SC indecent exposure case.  In September he showed up at my door when he’s been told to stay away. December 22, 2016 he  was picked up for violation of his pre-trial release order.  He’s fond of saying any publicity is good publicity and he can charm his way out of anything. Sure you can, my friend, but holding a mask up is a full time job and sooner or later it’s going to exhaust you. Aren’t you tired yet? A troubled individual, maybe now he’ll get the help he needs. Here’s the article Palm Bay Man Arrested For Grabbing Woman’s Crotch .

END_OF_DOCUMENT_TOKEN_TO_BE_REPLACED 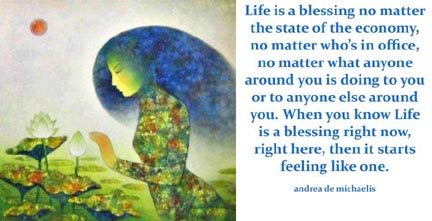 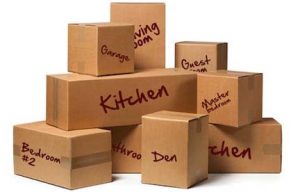 If you had any idea how much you were being energetically and financially held back by the stacks of clutter you let collect in your life, you’d go on a purging rampage like never before. And you can keep whatever you want. Get a bunch of boxes and a giant magic marker, box it all up, stack it and label the boxes. You can’t expect anything in your world to change, you cannot expect to get out of your rut if you keep doing the same thing everyday, keep having the same thoughts every day and keep looking at the same stacks of clutter every day. A big step in pulling yourself out of your own rut is keeping the path clear so you can come and go as you please. 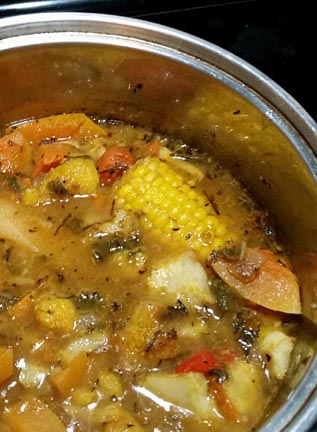 I had a misconception about the crock pot. For some reason I thought it was supposed to be easier. I thought I could skip all sorts of pre cooking steps and the crockpot would do all the work. I see now the crockpot just does the boiling. I would still have to saute and brown or roast and flavor each layer of ingredients the way I would a stove top soup or stew. So I’m actually using an extra pot and I still have to watch it the same as I would have to watch a pot on the stove cooking something for hours. For this soup, I began by sauteing my vegetables in olive oil and tarragon and rosemary to brown them, 1 large onion, 2 carrots, 2 stalks of celery, 8 cloves of garlic, 1 fat bay leaf, 1/3 head of cauliflower. I chopped 2 large potatoes and added to the crockpot and poured the sauteed vegetables on top. 1 tbsp fresh rosemary, 1 tsp tarragon, 3 sprigs fresh thyme, a few shakes of red pepper, I added a shredded ham hock from in the freezer then added 8 oz low sodium chicken broth, then added water to cover. I cooked it on low for 4 hours, then added half a bag of kale and cooked on low for another hour.