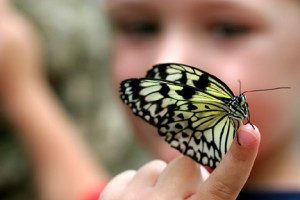 A young friend wrote, “It feels like the happy endings in the world are fake. I can’t help going into 2016 wondering which one of my loved ones is going to die next. In 2014 my brother died, and in 2015 my dad died. Maybe this is no way to live my life, but at the age of 24 I’ve learned that getting attached to anyone is pointless since I will eventually be left.”  My dad was a suicide, so was my younger brother and, later, more friends and acquaintances than I care to count. I was in my 20’s when loved ones began dying. It made me question the point of life at all. It sent me into a very contemplative stage and also kept me at arms’ distance from those around me. In my 60+ years I have learned that everyone will die, and most supposedly good friends will betray you. What saves my sanity is to love them anyway. From a distance, sure and I get heck for that but it’s no less a love.  Loving is one thing. Being attached is another.

It took me half a lifetime to learn things for myself, and one of the most comforting things I learned was that we survive in consciousness after the change called death. Once I learned that, my outlook on life, my entire world changed. That set me on the mission to help others discover what I discovered. I introduce them to meditation and we talk about different ways to perceive connection and receive information and guidance from within. My young friend identifies as an atheist, and we’ve never had the talk about what that means. His parents have deep connection to spirit in a Buddhist kind of way. He was raised to revere Nature and to me, that’s connection.

For me, I had an experience early on where I felt connected to something greater than I. I would identify that now as connecting to God but at the time I wasn’t using words like God and I avoided anything to do with religion. I found I could take myself into the Now moment with whatever I found in front of me, and I could contemplate it so intensely that I felt a connection begin to flow. As that connection began to flow, as I stayed focused and breathed myself into the image and experience before me, I’d begin to receive information and later guidance.

What I discovered helped me be more informed in making decisions. That led to me living a much more fun, happier and expanded life. As I discovered more of what was possible for me, I wanted everyone to know what I knew. Part of what I knew was that we survive physical death. That set me on what would become my mission, although I didn’t think of it at that time.  I told my friend, “Give yourself time, write out your feelings even if no one reads it but you. You are working through this.”

My young friend is a master of shapeshifting and transformation whether he recognizes it right now or not. The pressure cooker of his life has been transforming the broken bones and marrow of his life into a rich stew that is nourishing him on his journey. He doesn’t need to know it all right now, or any of it. When he’s curious enough to take a next step, he’ll ask within to be guided to understanding.

He’s on his way to discovering a mission that will soon enough spark his interest and begin to call him in a very real way. Even now his work puts him in daily contact with young people who are also troubled and questioning and undergoing personal transformation. There is never a mistake that we are around those we are around. We are all there to learn from each other. Sometimes we’re there to teach, but we all learn. 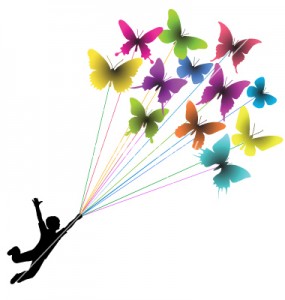 My mission is to help people know that we survive in consciousness after we “die.” Knowing this freed me of deep grief when I’d lose friends and family. It helped me enter into loving relationships, even though I knew it would end in death of the body. It helped me understand that the deep relationships did not have to end. The conversations did not even have to end. The learning and discovering and the having of an expanded, comfortable and emotionally content and even joyous life did not have to end.

He’ll find his mission. He’s curious enough to seek it and he’s sensitive enough to receive it.

RELATED:  Her perception upon dying
Hard as it is, get used to death
How to forgive and find closure if the other is unwilling, absent or dead
A Friend and I Talk About Dying and Easy Transitions
Why pretend loved ones aren’t going to die? Let’s get over the fear
It’s comforting to know we get more than one lifetime