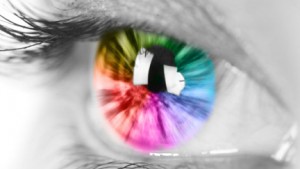 I got an update yesterday. In September 2015 I wrote Spirit directs me when others are better suited for particular work. MJ had called to say he needed a spirit removed from his home. A local store owner suggested he call me. I knew he had a serious situation but I wasn’t sure I was the one to handle it. With some energies/entities, I’ve learned there are others better suited for that work. In spirit contact and ghost busting, I’ve learned that how I perceive what I observe determines how it will interact with me. That means if I perceive it as something that has the power to disturb my peace, it will react to that and be all poltergeist-y for me. If I perceive it as a wayward wisp caught in a loop waiting to be directed to an exit, it will react to that. See the difference? Do I see the person walking toward me as a thug wanting to harm me, or as a lost traveler I can help try to find his way home?

BEING FASCINATED BY A GHOST EMPOWERS IT

We spoke for an hour. I could tell he had a real situation on hand, but he was also enamored of the drama of it. Being enchanted by the idea of a spirit in your home gives it attention and feeds it. When it is fed by the emotions of the residents, it will act out and be more visible. When someone calls me for this work, I first determine whether they really have a problem they want to be rid of. I’m happy to help with that for it is sacred work. If they want someone to come out and spend time communicating with the spirit, asking it questions and going back and forth with it, activating it and empowering it, I don’t do that.

A GHOST IS A THOUGHTFORM REPEATING STORED DATA

FYI, if you want to question “it,” just know it’s not a sentient/conscious being. It’s a thought form repeating stored data in a loop. Some data may be true. Some data may not. It may nor may not be “who” it says it is.

Think of the spirit, the entity, the ghost as one fine, thin cotton thread. You can break it, you can snap it in two almost as soon as it is handed to you. But imagine that each time someone touches the thread or looks at the thread, or thinks about the thread, it doubles in size. As you study it and question it, it becomes a long thick rope in your hands. You can still break it but now it takes some heavier tools than snapping one thread between your fingers. I’ve learned in this work that I can make it easy or I can make it hard.

I IGNORE A RED FLAG 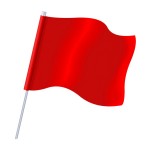 I felt a red flag from the caller. If I get a clear message from Spirit not to take on certain work, I take that as an indication there is someone better suited than I to handle it. I’ve done this work long enough to know that any areas in my consciousness that are weak and vulnerable, that is the area an entity or energy can attach itself to. I knew better than to continue talking with MJ about his situation, but I wanted to be helpful without personally meeting with him.

I GAVE MJ EX-ORCIZES TO DO

I gave MJ some ex-orcizes he could perform on his own. I told him to first wipe down all the walls of the home with white vinegar and then call me for the next step. We’d discussed the entire process, the order of rituals and smudging and he had all the supplies. But the first step was wiping the walls with white vinegar. As we spoke, I knew he wouldn’t do that. He was more interested in discussing the story of what it might be or the rituals themselves. To me, spirit releasement is sacred work. Someone has to be invested enough in their own situation to help themselves by following my instructions, because then they learn the process to pass on to others. I’d be giving him the gift of an important knowledge and knowledge is power. But he wasn’t invested enough to do the work. I didn’t charge him.

I referred him to someone who performed a ritual for him. He told me there was relief for a few days then it returned. He wanted me to come out. He said he trusted me. I told him my hands were tied, that it had to be a joint effort between us and he had not done what I first asked. He said he’d do it this time and pay me double. I told him I couldn’t chance it. I have too many projects going on to spend time on something that will be unproductive, no matter how much he wants to pay me. It’s not always about the income, sometimes it’s more about the outcome.

DID AN ATTACHMENT GET HIM REFUSED AN APPOINTMENT?

After the ritual, he asked me for the number of a local author who’s written a book on crossing over. He was intent on having someone come to the home and communicate with the spirit. He told me he called however the assistant was very rude and would not schedule an appointment. Perhaps she misunderstood him, I found him to be very polite on the phone and he explains his situation calmly and well. It could have been caused by the ghost/entity having attached itself to him, which would trigger whoever was a vibrational match to it. I’ve learned it’s too easy have stuff attach to you, a wisp of an “entity” attaching to a weak spot, a headache or concern and magnifying it all out of proportion for you. The more worried you become, deeper the attachment and it can trigger people all around you until you release it.

DID SOMETHING ATTACH TO ME? 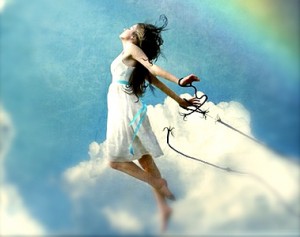 When MJ initially called, I was in the midst of a carpal tunnel episode. I didn’t think much of it. I get them a few times a year for a few days at a time. This time it held on. For months, turning into tennis elbow and muscle sprains until I finally stopped using the right arm for a month to give it a rest. What a trip that’s been. Anyway, during this time, I was giving attention to MJ’s situation every day as I prayed the healing bench (INSERT LINK HERE). I did a remote clearing several times and I always clear myself as well. But if I’ve got an attachment and I’m clearing myself, I’m not always in a position to do a thorough job.

I didn’t realize I might have an attachment until the carpal tunnel wouldn’t resolve. As soon as I had that realization, I did a very specific clearing relative to that entire situation. The next day, I heard from MJ again.

MJ updated me and said “We did what you said and my mother in law poured holy water on the doors and windows. For the most part has been ok, here and there some weird stuff but good for the most part.” The next day my arm began feeling much improved.

I love when I can learn a lesson from a red flag I didn’t heed.

WHAT COULD I HAVE DONE DIFFERENTLY?

What could I have done differently to give me a different result, like not activating my carpal for months?

All those things would have let me move out of vibrational range of things like carpal tunnel.

WHAT DID I LEARN FROM THIS?

I was reminded that where I’m vibrating, meaning what I allow the circumstances of my life right now to be, is what determines what type of person and situation I will attract into my life as a reflection.

I was reminded that my remote prayers and healing work here indeed affect someone there.

I was reminded that my continued attention to something will keep it active in my own vibration.

I was reminded that a red flag means “drop it, refer it out if I can and don’t ask for updates, give a self remedy if I can’t refer it out but by all means focus elsewhere.”

I was reminded that I can think I’ve resolved an issue when I have not. I know I have issues if there is any area of my life I feel in conflict.

I was reminded that when I have resolved an issue, I’ll know by how my life changes due to my thoughts, my filter on the world having changed.

I was reminded to look for metaphors and go wide, broaden the scope. I’ll find something to heal in my own life by the info I receive with this situation.

And since you’re reading this, you’re a vibrational match to it right now. So go wide and see if it contains for you a lesson that may help heal something in your own life.