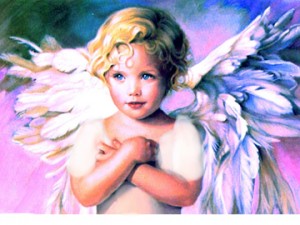 I spoke last week to someone who said he needed an emergency house clearing done and he’d pay anything for it. I told him first of all, never call a psychic and say those words. I was finishing the October Horizons Magazine and told him I could speak to him in a few days and gave him several simple things to do in the meantime to start a clearing process. I knew he had a serious situation but I wasn’t sure I was the one to handle it. With some energies, I’ve learned there are others better suited for that work. In spirit contact and ghostbusting, I’ve learned that how I perceive what I observe determines how it will interact with me.

If I unconsciously overlay a personal judgment, that clouds me from seeing a situation clearly.  If I get a clear message from Spirit not to take on certain work, I take that as an indication there is someone better suited than I to handle it.  I felt a familiar energy from the caller, something that hit home and gave me a red flag. Because of that, I couldn’t be sure I wasn’t overlaying a personal filter atop his situation. If I was, I could be of no help to him.

I am familiar with the area he lives in. It’s close to the river by US 1 near a favorite park. In the 1980’s I worked for an attorney who defended two men charged with murder; they were clammers who rented a home in the neighborhood. I couldn’t be sure I wasn’t overlaying my recollection of the details of that old case atop this caller’s situation also. I’ve been to homes where there’s been violence and troubled spirits hanging around. Encountering that in a home doesn’t scare me. Thousands of cases later, I’ve come to realize it’s just trapped energy, a thought form on autopilot that keeps repeating itself. That doesn’t mean it’s any less “alive” or animated than a ghostly entity; they are one and the same thing. And again, with ghosts or other astral entities, how you perceive what you observe determines how it will interact with you. That means if you perceive it as something that has the power to disturb your peace, it will react to that and be all poltergeist-y for you. If you perceive it as a wayward wisp caught in a loop waiting to be directed to an exit, it will react to that and will go where you direct it.

THERE ARE SEVERAL WAYS TO CLEAR A SPACE, EXORCISE A SPIRIT AND BLESS A HOME
I like to be the one who determines how the “culprit” or ghost and I interact in the clearing process. I learned years ago not to engage in rescue operations of particular cases. There are several ways to clear a space. One is to contact the culprit and direct it elsewhere.  That’s what I do. The other is to enter into conversation with it and have it recount its story and then repeat the story to the client. The reason I don’t do that is I don’t want them focused on the troubling incident. If they, after the home clearing, stay focused on the story and keep repeating it, because it will be an interesting story to tell, they are empowering the thoughtform and may indeed reactivate it.

I’ve learned the story doesn’t matter. I can bypass the story altogether and effectively clean the home. Or I can learn the story and not share it with the client, so they don’t have it in their consciousness. All they have in their consciousness is that we’ve cleared the home and blessed it, and that they continue to have the power to do so, which is the important thing.

I’ve learned not everything is my work to do and Spirit directs me when others are better suited for a particular work.