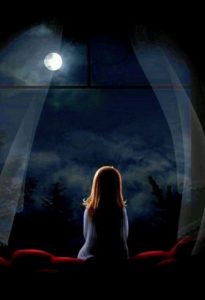 For the first time in 4 years, I woke up feeling completely safe in my own space. I walked right outside and wandered around the property in the dark, and didn’t once give thought to who might be out there, waiting unseen. I could sit in my garden, eyes closed listening to the bamboo and not wonder if each snap of a twig was a footstep. It was not a lurking fear, just a passing thought but I had it almost every time I went outside. Four years later when I thought it was over, he came to my door unannounced. He knows he is not welcome. He has no boundaries. I’ve seen him walking repeatedly in the area, acting impaired. He knows the secret hiding places in my woods, where to watch from. The fear renewed after his visit. Two days ago I woke up wanting coffee and a cigarette. I told G that’s a signal that my former friend had something going on. The next day I looked online and saw he was in custody. I felt a wave of relief and felt weight drop off my shoulders that I didn’t even know I held.

I used to LIVE in my yard, especially in the over night hours. I’d camp there, I’d wander the trails, I’d sleep under the moonlight. After he moved near me again, I no longer felt safe being out alone overnight. It wasn’t a crushing fear, just a thought, but a thought I had every time. I let my fear keep me a prisoner, venturing outside for only short periods. I was limiting my capacity for joy but had not yet talked myself out of the fear. The fear I don’t have right now. And I don’t know how long he’ll be gone. I just know that right now I don’t have the fear.

I have to feel safe whether a threat exists or not. I can’t let the outside world determine whether I am “safe” or not. Safe comes from knowing my soulself, from feeling my connection to Great Spirit/the Universe/God. When I repeat thoughts of doubt often enough to invoke fear, I’ve cut myself off from that connection. I’m the only one who can bring myself back into it. I’m basking  right now in the feeling of relief from worry and fear as I wander around my property in the dark night, as I lie under the open sky, fearing nothing. I am as powerful as I let myself be.

12-24-16: He bonded out. I don’t mind that it took him being in custody for two days for me to find my feeling place of being safe again. I found it. Now it doesn’t matter whether he’s in custody or in the neighborhood, I’m as safe and powerful as I let myself be.