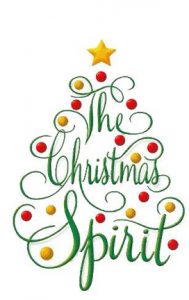 This morning I was at the post office to drop off the rest of the January subscripx, being 5 days before Christmas I came prepared to wait. I even brought 1st class stamps for folks who complain they don’t want to wait in a line to mail one item so they wouldn’t have to wait. I got there at 8:40am, it was open, I was second in line. My job takes about 20 minutes. It’s repetitious work keying in the same info for dozens of zip codes. Vicki, Stan and I have been doing this for 10+ years, since whenever they changed the rules so they had to begin making a lot of keystrokes for each single item — hazardous, liquid, etc. So I’m chatting with Stan at the counter while he does my job (which he’s done 100+ times) and the line begins forming all the way to the door. That’s ok, it’s only 8:45am, they’re not officially open until 9am. Then a 30-something woman, 2nd in line behind me, begins loudly admonishing us for chatting. She looks kinda like Sarah Silverman (an attractive insult comedian) so I first thought she was joking. “It’s a proven fact that chatting in line slows the line down. I hate when it happens in Wal-Mart too. I always say something when it’s not right. I’m a customer relations trainer so I know what’s right and what’s not.”

Stan and I looked at each other and smile. She began going on and on about it while we continued our conversation. Then she said, “everyone in this line agrees with me,” and the line began speaking up and arguing with her. No one else seemed put out, except by her. I fed the fire by saying, “that’s ok, at that age I knew everything also.” I got some smiles but her wrath was endless, telling me how she’s paid her dues and how rude I was to not care about anyone but myself, mindlessly chatting, holding up the line. She kept repeating she was a professional trainer for customer relations and several called her out for rudeness.

After my purchase is done, I move to the counter next to the line of patrons to hand stamp a box of envelopes. The gripey chick is now at Stan’s counter giving him hell while those in line are telling me they didn’t mind waiting, I was there first, they didn’t expect them to be open before 9am anyway… One young mom had a toddler and was holding a baby. She was very apologetic on behalf of the gripey chick. I joked, “you get a lot of sleep, don’t you?” She said with 2 kids she didn’t even have time to print out labels so she was going to hold up the line doing that. Everyone told her that was ok! I slipped her $20, just bc. A moment later the gripey chick is leaving so we call out Merry Christmas to her. She wasn’t having it.

The next day I reflected that I made the snark remark when I could have said nothing. I even consciously CHOSE the remark to say to be not only mean but to also pull rank and establish seniority/dominance, “Yes, at that age I knew everything too.” I didn’t have to say that yet I chose to. Once I realize someone’s ignorance, that automatically places me in service to them. Sometimes I forget.