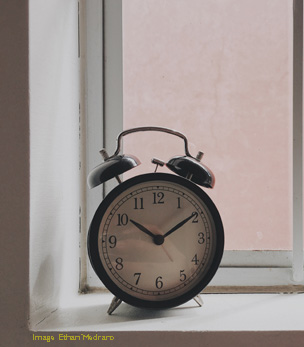 I worked for criminal defense attorneys for 22 years. We represented a lot of repeat offenders, some who’d done serious prison time for often violent crimes. Inmates and defendants would call for their attorney and as the paralegal, I’d be the one who took those calls. I heard all their stories and there was a definite pattern of them reaching a point where their conscience began bothering them. I was interested in the timing astrologically as it often came at the Saturn returns (ages 28-30 and 58-60) and the Uranus Opposition (ages 39-42), typical times for personal reflection. Not everyone is pleased with what surfaces in their mind when they look back on their life. The thing about people who do not-nice things: at some point their conscience is going to catch up with them and give them a vivid review of their entire life, everything they’ve done that was unkind and shady will come to mind. Come back to haunt them, as it were. When your conscience begins to bother you about past actions, that’s your Soul wanting you to wake up. You want to wake up also, because when you wake up to the deeper you, your life becomes more expansive and joyful, more meaningful and fulfilling.

There was a definite pattern to the first hand stories I’d hear. When their conscience began bothering them, one by one past incidents came to mind in vivid detail. They would experience what they perceived as the emotional and physical pain that occurred as a result of their crime. Often they were able to see the chain of events set in motion what they did, how it affected their families and children, the ones who depended upon them. They were shown the events like a domino effect and for most of them, they felt emotional pain by the memories, sometimes for the first time.

When your Soul calls you, any raggedy past will come to mind so you can resolve the karma of it, and clear it so you can get on with the good rest of your life.

If you’re having painful realizations, that means you can benefit by forgiveness work. Your emotional pain can be alleviated by coming to realization of what you did – whatever it was, an unkind word, an unfair decision, a criminal offense – and recognizing your part in what occurred.

A first step could be to locate anyone you’ve wronged and apologize and ask for their forgiveness. You can do it by email or phone. Just do it sincerely. They may or may not forgive you. Whatever they do is none of your business if you’ve sincerely apologized. I suggest email to be able to say it all.

I suggest doing the Hawaiian Forgiveness Ho’oponopono Process, which is to apologize in your mind, ask them to forgive you for your part in what happened, forgive them for their part, and express love.  I also suggest doing Harry Palmer’s Compassion Exercise “Just Like Me” because it will ignite understanding in you.

You’ll know it’s working because your thoughts and memories will become less painful.  You’ll know because the damage will stop echoing around you.  And if it doesn’t work the first time?  Then you have more layers to uncover. You have a little more emotional work to do on that person or situation.

The best part of that job was getting so many calls on the same topic that I was able to see the patterns. I was honored to have so many confide in me, which opened my eyes and caused me to have many realizations. I became a nicer person since I didn’t want to deal with karma later down the road.

And they wanted to hear from me also. I never whitewashed what they were going to encounter. What I did was keep them focused on getting on the other side of their sentence, keep them focused on the new life awaiting them. I’d minimize the tedium of their time in jail/prison/probation and talk with them about their hopes and plans for the future. I’d let them know it’s important to have a dream if you’re going to be cooped up, and it’s good to have someone to talk to about that dream. I let them know their sentence was the perfect time to see it as a monk’s retreat. Do some personal reflection and clear up their conscience, do some forgiveness work and start planning what’s possible after they’d paid their dues.