The calls have been very active the last two months, many asking about the major astrology going on this summer. You’ve heard of Mercury retrograde, but we’ve also had Venus and Pluto retrogrades. The Pluto square Uranus in Aries is ending and we’re coming out of eclipse full moon in Aries. I have sun, Mercury, Venus, Jupiter and my rising sign in Aries, so I was surprised to be relatively unaffected. I seldom read my transits (astrology predictions) ahead of time. If something challenging seems to be lingering, that’s when I take a look for astrological insight. For this article, I took a look at my chart and read, “You are in for an extended period of time when the basic structure of your life is subject to some inevitable and far-reaching changes. You may have to surrender material things. You need to let go of the past, and it may be quite difficult to let go.” Well, that didn’t sound so good, but I’ve learned nothing is as scary as it sounds.

One thing I like about astrology is studying the transits, which is where the planets are now in the sky and how those placements are likely to affect us personally in our daily life. Even as an astrologer, I’ve learned my daily life happenings aren’t always reflected in my astrology. What astrology gives is insight into the influences involved, what is the basis for what’s happening.

The same with astrological compatibility. Astrology doesn’t predict if two personalities will mesh or if you’ll have physical chemistry, but it can show you your similarities and areas of strength and weakness. I’ve had friends and partners that our astrology said we’d be smooth sailing and it wasn’t so. I’ve had charts that said I’d have nothing but conflict with someone and that wasn’t the case. What the compatibility chart does is give you insight into the personalities of each, tips for being in harmony with those characteristics and the potential for the combination. Here is an aspect interpretation that was right on for me and a former stepdaughter, a bit of a hellion, circa 1986:

Y’s Mars square Andrea’s Moon
“This aspect is indicative of volatile passions, a drive to control, and disagreement about partnership direction and purpose. One partner faster or bolder than the other, risks may be taken when they should be avoided. Active passion but not a lot of support for each other’s goals. An inclination to temper or ange rand unconscious manipulation. One partner may express their will strongly, emote without restraint, or desire without balance. There may be a feeling of hypersensitivity, excess zeal, or rash demands. Emotional reactions can become the norm, with one partner commandeering the other outside of the restraints of poise and balance. The exchange between you can be dynamic, but it needs careful attention and discipline, so that you don’t get carried away into unwanted consequences.” 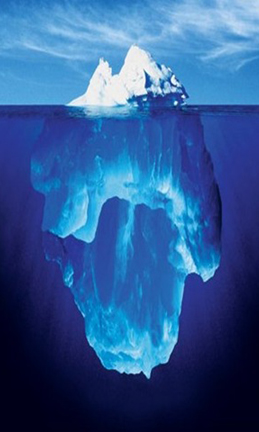 Had I known this at the time of our relationship 30 years ago, I could have diffused situations by not reacting as I did. My reactions are what perpetuated our problems. Astrology gave me the remedy but I didn’t know it then. Live and learn. That’s the thing. All too often we can’t tell what’s below the surface by what we see on the surface. Sometimes we keep poking at something that, if left alone, would dissipate pretty quickly.

So as I looked at my astrology transits to pull examples for this article, I noticed the “extended period of time when the basic structure of my life is subject to some inevitable and far-reaching changes, surrendering material things” actually ended in 2014.  Had I not noticed that, I might have begun worrying about something that would not come to pass. In retrospect, even though that was a major aspect that should have shown up in my life in some way, it did not show up as me experiencing lack, loss or limitation. It likely showed up as lessons, but since I’m always receptive to lessons and change, they were neither painful nor Earth shattering.

Not so for several clients I do psychic readings for. A lot of clearing and releasing going on, and not everyone is finds it easy to surf changes. I had a few days of some intense calls, so I holed up here afterward while I processed what some of the info might mean relative to me.

I know everyone I come in contact with has a message for me and, on some level, their story has something to teach me about my life. I enjoy the time to reflect between calls to see what that message might be. Sometimes the message is that everyone is responsible for their own life, and not everyone wants to be helped.

It’s not my job to decide who needs help and what kind of help they need. If I’m looking to see who’s around me that needs help or that I can fix, I’m doing them a big disservice by not seeing the potential in them. People are stronger than we think. Everyone appreciates recognition and encouragement, a fanning of the flame for whatever they are working toward, but we needn’t translate that into offering unsolicited advice. They can’t hear it and when we expect them to heed it, we set ourselves up for disappointment. But when someone asks your advice, help them all you can.