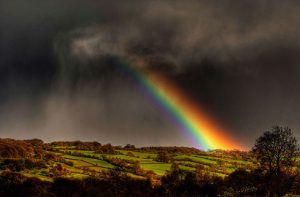 The writer said, “You cannot change reality. The night will still be there; you can think that it is daytime for 24 hours, but it is not going to be light 24 hours a day.”  Who thinks that would be true?? In positive thinking, you never deny what is there. You don’t deny it’s daytime if you’re standing in the sun. You don’t deny “what is.” That’s all positive thinking really is — is replacing your thoughts of worry and concern with thoughts of what is possible in the best case scenario, and releasing enough resistance that you can attract the successful outcome.