A question for you: How do you prepare your family members for the idea of death so they aren’t afraid of it, and aren’t devastated and lost when it happens? Growing up as a child, I was always comforted when my mom would say we would see our loved ones again, they were just on the other side of a wall, kind of like when Abraham 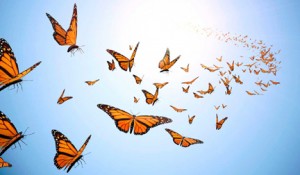 says it’s as though they are in another room and soon we will be in that room as well. That made it not such a scary thing for me, knowing the separation is only temporary.  Later in life, Mom likened it to the tadpole becoming the frog; to the caterpillar not dying, simply becoming a butterfly.  We both agreed we believed we survive in consciousness after the change called death.

RELATED:  Her perception upon dying
Hard as it is, get used to death
It’s comforting to know we get more than one lifetime
How to forgive and find closure if the other is unwilling, absent or dead
A Friend and I Talk About Dying and Easy Transitions
Why pretend loved ones aren’t going to die? Let’s get over the fear