A fave friend has been taking their new bi-polar meds Symbyax for a year now and is happy with how their moods have evened out.  They don’t get depressed and they’ve had no adverse side effects.  I miss their manic upswings though, their wild ideas, their inspirations and musings.  Their hare-brained schemes, as his wife calls them.  But while they may have been simply grandiose babblings from a clinically manic state, to my ear they sounded like messages of inspiration.  They sparked ideas which often evolved into projects that earned both of us income.  When I look back, after my friend was first diagnosed as bi-polar a couple of years ago, and think of all the ideas for projects that never materialized, I still can’t see that as being grandiose – one man’s absurd exaggeration is another mans’ actual life.  During the same time frame, I think of all the ideas for projects I have left undone.  It’s about the same, so you can’t blame it on bi-polar.  Part of the fun we have together is chatting about what might be possible to achieve between the two of us.  That’s not grandiose, it’s simply enthused pre-paving. END_OF_DOCUMENT_TOKEN_TO_BE_REPLACED

It’s 10:00am ET on Christmas Day in central Florida. It’s 75 degrees out there, 89% humidity, a 12mph breeze going, so it’s not sticky and the windows are all open. The windchimes are singing away out there and squirrels just now running across the roof to raid the acorns. I heard the rain coming down during the night and I walked outside wearing my rain poncho. I barely saw the moon. It’s a lovely Christmas Day.

During last week’s Ocala Cassadaga Trip, I managed to dislodge the plastic undercarriage cover on my 2007 Toyota Prius and, since it was dragging, I had to remove it before I could continue on my way.  I got to wiggle around underneath the front bumper of the car and locate the screws and bolts and remove the panel in two pieces.  One of the screws was so loose I could remove it by hand.  That made me think that the whole reason for the casing to drop was likely that a screw came loose and worked its way out.  I contemplated what my message was from that. END_OF_DOCUMENT_TOKEN_TO_BE_REPLACED

FORT COLLINS, Colo. (Dec. 23, 2009) – The parents who pulled the balloon boy hoax in hopes of landing a reality TV show were sentenced to jail Wednesday – 90 days for him, 20 days for her – and barred from profiting from their newfound celebrity status for the next four years.  The sentencing was the culmination of a saga that transfixed the nation in October with the sight of the silvery balloon hurtling through the sky on live television. In the end, it was all a publicity stunt by a family broke and desperate for attention and money after networks kept rejecting their reality TV show pitches.  “What this case is about is deception, exploitation – exploitation of the children of the Heenes, exploitation of the media and exploitation of people’s emotions – and money,” District Judge Stephen Schapanski said.  The Heenes were also put on four years’ probation, during which they cannot earn any money related to the stunt. That means any book, movie or reality TV deals are off limits.   Jay Leno said it best when he said, ‘This is a copycat game.’ And people will copycat this event.” The Heenes “need to go to jail so people don’t do that. Read entire article here

On the upside, in four years and one day they can re-commence hawking their story and after 4 years time to write it, it could be a good one.

In case the FTC is wondering, I am not endorsing anyone.

The Tuesday before Christmas, I drove to Ocala and Cassadaga with galpal Theresa Hudson a/k/a Tigger.  It would be her first time meeting Catherine Wendell of Ocala Ghost Walks and the three of us got to hang out and chat awhile.  Cat delivers the magazine to the Ocala area for me, which I so totally appreciate!  On the drive to Ocala, I tell Theresa about my two clients and my earlier blog post Relationships: What Is My New and Improved Type? And I told her that part of the exercise I am doing with the 2 clients are to keep an eye out for what I appreciate about the men around me. Any men we run into all day long.  As we drive from Ocala toward Cassadaga, I tell her I wanted to see what I attract out of Cassadaga since I know some of the guys there yet not much interaction in all these years. And sure enough, we walk into the Cassadaga Spiritualist Camp Bookstore, and I run into Luke, a friend I’ve emailed and spoken with for years and just never met in person.  As soon as I saw him, he looked very familiar.  We were stacking the January Horizons in the corner and I kept trying to place him. Finally I just walked up to him and said, “Do I know you?”  He smiled because he knew it was me before I knew it was him.  Brat! END_OF_DOCUMENT_TOKEN_TO_BE_REPLACED

I was sitting on my 80 year old uncle’s front porch the other day, rocking in our chairs, and he asked me, “Don’t you want someone to sit with at the end of the day, just to watch the sun go down and drink tea with?”   I thought, “Sure, I do. It’s the other 23 hours a day maintenance that is too big a price to pay.”  He was married to the same woman his whole life, until she died a few years ago.  After their kids were grown, they did everything together.  I like so much alone time and quiet time, that kind of life isn’t for me.  My man would have to be able to entertain himself on his own half the time and be happy not chatting very single day.   Uncle said my punishment will be to find a boyfriend just like I am. He might be right.  (He was.)  Right after this conversation, I had two calls where I gave them the process to attract a new and improved relationship, and here it is for you. END_OF_DOCUMENT_TOKEN_TO_BE_REPLACED

AOL flashes the headline before me: Trump To Divorce For The Fourth Time then I read:  Ivana Trump was hoping the fourth time would be the charm when it comes to marriage. No such luck. The socialite and former Mrs. Donald filed for divorce Friday from Italian guy Tossano Rubicondi, citing their busy schedules and time apart.  In a statement, Trump said her husband has spent much of the past two years in Italy, while she has been running around the globe tending to hotel and resort development projects. The lack of time together took its toll, she said.  Trump, 60, married the 37-year-old entrepreneur in April 2008 in a lavish wedding at her ex Donald’s Florida estate. They had been dating for six years. END_OF_DOCUMENT_TOKEN_TO_BE_REPLACED 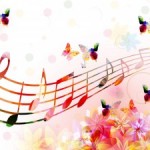 A week before Christmas and we’re well into the stressful end of the year and just waiting for it all to be over with.  I just finished hearing from 4 friends, one after another, none of whom know each other, and it was the same conversation from each.  These are spiritual people who are just overloaded with the commercial marketing part of the holiday season.  They say how exhausted everyone they know is from pretending this is such a happy time of year.  They say they don’t know anyone who’s really happy now, that it’s just a season to be filled with obligatory gifts, unwanted visits and flare-ups of family tension. END_OF_DOCUMENT_TOKEN_TO_BE_REPLACED

December 21, 2009 – Actress Brittany Murphy Dies at 32. I always liked her, she was cute and quirky and had that fragile beauty that reminded me of Marilyn Monroe.  Not Monroe as her character parts, but Monroe doing interviews and speaking with the public and the press in person, on her own.  The easy smile, the bit of shyness.  This past month I saw a few movies on Showtime with Brittany Murphy and really enjoyed her in her roles.

See you in the next go ’round, kid.

The End of Death As We Know It

The other day I was reading at Fit Yoga Magazine and I read the Letter From The Editor, Rita Trieger, entitled The Company You Keep.  She wrote: “As a younger woman I never really had a lot of girlfriends. A prepubescent, rather nasty snub from the sixth-grade female “in-crowd” had soured me on the trustworthiness of other women that lasted well into my third decade. And although I had one or two or three very fine “best” male friends along the way, I never could seem to cozy up to the idea of confiding in another woman, which, by the way, was fine with me.  Then, a few years ago I started to form a friendship with a group of women at work. There were five of us in all, and we came from very different paths. That didn’t seem to matter though; and even as we scattered to other jobs, we regularly planned get-togethers and always had way too much fun (kind of like a more cerebral, creative Sex and the City, without the expensive shoes). END_OF_DOCUMENT_TOKEN_TO_BE_REPLACED