I’ve had a realization about why Trump fans are so willing to ignore him being untruthful. After asking last night on Facebook how my Trump supporter friends felt about him being caught in fibs with clear evidence challenging his stories, I heard from so many Facebook friends that I saw a clear pattern that helped me realize what the answer was. A kind and savvy friend whose opinion I value said it best, “I know he’s not polished. I know he’s a street fighter, rough around the edges… I get it. He marches to the beat of a different drummer– but I believe his heart is in the right place.” To the question, “What about the lying?” the reply was, “Politics are difficult. No one is wrong, no one is right. I’m moving on.” I have a legal background. The pattern I saw was that many did not see themselves as evading the question. The fact of the matter, according to them, was that no matter who he is and how he acts, he was better than the alternative. Period. No matter what he’s doing or what he’s involved in, it’s better than a Clinton president.  I didn’t get it until now.  I really didn’t.

But I get it now. If you accept the premise, the logic follows. He believes in a constant public relations blast, a continual megaphone blast telling how great he is. If you listen to his words rather than track his record, you can get caught up in the enthusiasm and the propaganda. If you’re told an opponent releases child rapists, well, no one wants that, right? Clear choice, right?  That’s what they believe. They move on not because they purposely condone his lying, but because as bad as it is, they believe the alternative could be so much worse.  They are so focused on what ”the alternative” might be that anything is preferable.  Better a liar than a child rapist supporter, right? They don’t want to get in that conversation and I don’t blame them.

I posted a controversial question last night expecting I may lose a few FB friends and instead I gained 7 Republican supporters. Go figure.  I asked “I really am curious. No hate speech, no name calling from either side, please. For those who support Trump, how do you feel that he keeps being caught in fibs with clear evidence to the contrary? Or do you think the fibs are of little consequence compared to the “good” he’s doing? I’m looking for calm, articulate answers from whoever can respond without denying, changing the subject or flying off the handle. If you don’t want to post it here for everyone to see, you can private message me.”

One friend who voted for Trump wrote, “President Trump is losing my support.  I can accept somebody making an honest mistake. But being so incorrect regards the Electoral College numbers is unimaginable and unacceptable. It doesn’t matter who was telling the lies, lies are not okay. Of course destroying the country and calling it a “peaceful protest” is even worse. So no options are looking so good at the moment.”  I have believed in the idea of giving the guy a chance. And very quickly, unfortunately, our president is not turning out to be so good in the truth Department. And I have been highly disappointed in the cabinet post choices also which sort of relates to the truth department when you think about it because the cabinet choices conflict with his campaign promises to Serve the People rather than Corporata.  And frankly: I think his not good has been much bigger than any good he has done so far as president. 🙁 “

Another comment “I voted for President Trump because I didn’t like Hillary Clinton at all. Especially how the election was stolen from Bernie Sanders. Would have definitely voted for Bernie Sanders over Donald Trump.  Like/liked the idea that Donald Trump is a non-politician.  And also felt once elected everyone should give him a chance. But right out of the box president Trump has made very questionable choices for his cabinet. In those choices simply do not jive with his promise to Serve the People. I expected president Trump’s rhetoric to abate once elected, or at least tone down. Unfortunately neither has occurred. “

Several FBF messaged me that they had voted for Trump, they either were not concerned with the lying or there was no evidence of lying and they went on to the topic of ”the alternative would be worse.”

A friend who is a Trump supporter, as well as a kind, generous and gracious person and savvy businesswoman, wrote, “Hope people can become kinder… can give the man a chance. That’s all. Don’t know many who would sacrifice themselves regardless. I didn’t agree with Obama’s policies but I gave him respect. Hope somehow people start thinking positively because nothing good can come out of negative thinking. I know he’s not polished. I know he’s a street fighter, rough around the edges… I get it. Just wish there wasn’t such hatred or superiority or constant condemnation by so many. He marches to the beat of a different drummer– but I believe his heart is in the right place.”

Maria Hoffman wrote, “Respecting all this, Be kind – give him a chance , he means well, stop negative thinking…. BUT, how does it digest with the blatant untruths and false statements?”

My Trump supporter friend wrote: “Politics are difficult. My mother once told me never discuss religion, finances or politics with anyone. I understand why now. I respect yours and everyone else’s opinion on this feed because we all come from a different place in our hearts and minds. No one is wrong, no one is right. I’m just saying I’m so weary of all this stuff… no more debate from this girl with anyone. I’m moving on.”

With all due respect, “no one is wrong” is just a conciliatory phrase when you really mean “no matter who’s wrong, let’s just all get along.” Lying is wrong. Upholding the US Constitution when you’ve sworn to do so is right.

The bottom line why the trump supporters condone his actions? Because no matter what he’s doing or what he’s involved in, they believe it’s better than a Clinton presidency.  Period. 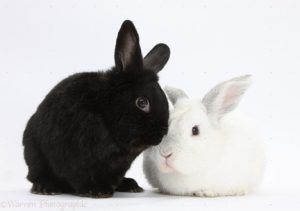 If you’d been told all your life that little bunnies would attack you and rip your heart out, you’d grow up afraid of them, wanting to get them before they got you, right?

If a person spent the entirety of their life inside of a pitch dark cave being told every day that the sun was a source of evil, how would they feel after being dragged into daylight?

RELATED: Break the Cycle, we only know what we’re taught