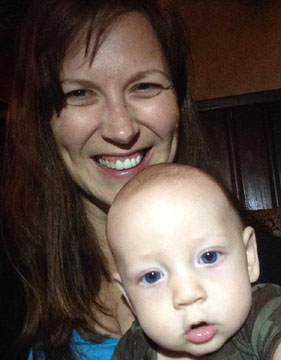 A friend’s child expressed they wished their mom spent more time with them, she was always out overnight with friends. I wrote, “Staying home with a child and making them your priority in their growth years goes a long way in healing the world. You can learn to enjoy it if you give yourself the chance. I promise it is just as fulfilling as partying with pals.”  Shannon Gronich, wrote “Amen Andrea!! Very rewarding and nurturing too!!” Exactly what I would expect to hear from her, she’s a Mother Extraordinaire! I met Shannon in 1999-2000 and find her to be the most organic mother I know. She came to a job interview lunch with a nursing newborn and two year old in tow.   Wait, it gets better. 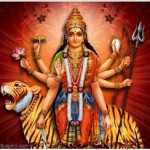 A buffet restaurant, the two year old already knew how to hold and carry his own plate and he quietly ate his meal while we spoke. During our conversation, she’d make quick asides to him: “Are those green beans good?” She did this flawlessly. It did not take a moment’s focus from the interview between us, yet she kept him engaged so he didn’t get restless.  She nursed her newborn while we spoke.  Talk about multitasking.  She made Durga look like the one-armed man.

Thirteen years later, I told her, “You always amazed me when you were raising those two, you made it look easy and were a full-on business woman at the same time. You raised amazing kids, a great example of conscious parenting. Theirs is the generation that will caretake this upcoming world. You have made sure they are capable of it.”

A friend remarked “That’s because she doesn’t see them as separate parts of her life ~ she just sees it as life.”  That’s right, she doesn’t see them as separate. Her message unspoken clearly said, “these are part of me and I will structure my entire world around them, not just because they are in my care and I understand the nature of social responsibility, but because they are my most valued and I want to share every moment of time with them I am able.” And then she did.

Give your kids the tools to live a productive life