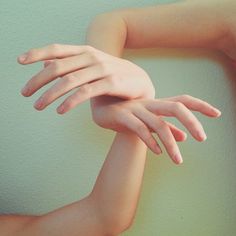 They’ve been doing the carpal dance!

Finally, the January magazine has been sent to the printer! In November and December, because of Thanksgiving and Christmas I need to get my magazine job to the printer a week early. That means doing the issues back to back. This time was really a trip because my carpal tunnel acted up on both hands and I gave myself tennis elbow to boot with all the scrolling and mousing. Since the week of final layout I spend 10  to 14 hours at the computer, I knew to take frequent breaks when my hands began acting up. As soon as I settled into the routine of working a few hours and taking a break when it began to hurt, icing it for 20 minutes, keeping it elevated and then wrapping it. When it really hurts, I have been using DMSO with aloe in roll on form, but the pain isn’t really enough to take something for, it’s more of a discomfort and inconvenience. Now that the crunch is officially over (YAY!) the carpal will settle right down.

I’ve missed being on Facebook. I’d come on and a few minutes of posting and scrolling would remind me to save my hand energy for finishing the magazine, so I’d only been on briefly. I’m so glad I injured my leg back in July and had a hassle healing it. When I finally stayed off it 3 days in a row, icing it and wrapping it, it healed right up. I’m glad that happened because I’d been bumming my right arm sprain won’t heal. This week I pretty much stayed off it, iced it and wrapped it and now it’s LOTS better. Ima stay off it a lil longer for good measure, I always go back full steam too soon. It’s kinda cool learning to do stuff gracefully with my left hand although chopsticks are a hassle.

Finally, the weather is taking a break. It’s been in the 80’s during the day and down to low 70’s at night. It’s nice to wake up in the cool air and want to get outside and be active. Six months a year I let myself be trapped inside due to heat and humidity. I’ve begun walking again, long walks around the neighborhood at dawn. Now that the January mag is done, I’ll return to walking the trails at Turkey Creek Sanctuary. The treadmill at Planet Fitness is fine in the summertime, or even around Walmart or Home Depot since it’s in the a/c. But if the weather permits, I’d much rather walk outside.

I’ve got projects I want to attend to, today I bought two 1x4x96 pressure treated boards to replace some house trim, and painted it. I’ll have the man nail it up for me.  I want to straighten up my garage and shed, and I also want to pick up a bunch of the deadfall in the east garden and west woods. Years ago, the stands of saw palmetto here were thick. They were also filled with potato vines, which I used Round Up to kill several seasons in a row. I knew to be very mindful where the spray hit, that it would kill down the stem and root wherever I sprayed a leaf. Recently I’d noticed how the palmetto stands were more sparse than they’d been in past years and the Round Up may account for it. I will say I’m the only one on the block without potato vines. But now I know better. Live and learn. 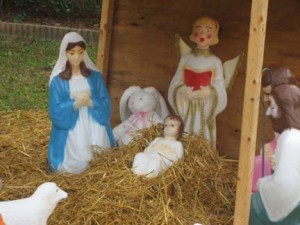 Last week my 78 year old neighbor complained he had computer problems and couldn’t get his Christmas newsletter typed. I showed him how to use the voice to text on his phone to dictate and email it to himself. Then I showed him how to dictate a grocery list on his phone and where his calculator was, too. I like expanding someone’s world.  I’m waiting for him to put up the nativity scene in his front yard. In past years, I took a photo of it and send it to him for a Christmas card. I included my giant stuffed Easter bunny in the manger scene.

It’s so weird finding things to do that don’t include using my arms or hands. Productive things anyway, since of course it all about how much work I can get done. No wonder I burn out body parts! Yay for a strong immune system, and knowing to take lots of vitamins, minerals and protein for cell regeneration.

Staying off the arms and hands also includes not holding the phone for any period of time, so I’m not scheduling appointments right now. I’ve been watching shows on Netflix and Amazon Prime while I bounce on the rebounder or use the indoor bike. Benny and I have been dancing to Youtube videos on the big screen and blaring the speakers like we’re in a dance hall. I think that’s good therapy for my hands as well as giving them a rest.

I’ve been training myself to relax and take time off. I was never much of a vacation taker. In my work I’d travel to the big cities for the big conferences and expos almost every month for 10 years or more. I see in retrospect that I kind of counted them as vacation time, even though those events in reality always created more work for me, logging in contacts and following up on conversations, etc. I’ve definitely been blessed with having as much work as I can handle. 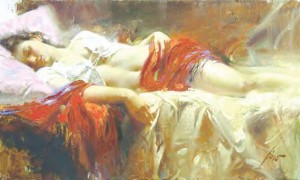 And sleep, blessed sleep! I’ve also been having a year of good sleep! After years of insomnia, I am digging the shuteye! And speaking of sleep, now that the January magazine is off to the printer, it’s time for my own festival of sleep. I may just sleep the day away.