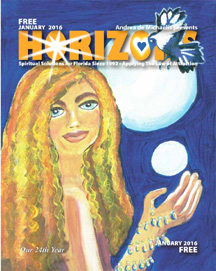 The January Horizons is now online at http://horizonsmagazine.com/mags_online/1-16-Issue.pdf.  We have a Guest Astrologer for the January 2016 Horoscopes .  On December 2, 2015, my beautiful friend and the Horizons Magazine astrologer for 19 years, Barbara Lee, passed suddenly. She was a bright shining star who will be missed. Her horoscopes were the highlight of the magazine.  I found Barbara Lee when I picked up a magazine called The Rose Garden at 1996 San Francisco Whole Life Expo.  I was so taken by her insights and her accuracy for me in the moment that I called and had a long conversation with her.  When a few months later the Horizons astrologer gave notice she could no longer do the monthly horoscopes. I called Barbara and the rest is history.  She will be missed. We’ll meet again, my friend. 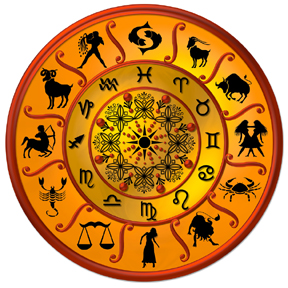 Aries: May 20 to April 19 “I Am”  With the Sun and Mars in the house of career, January 2016 will be a month of ambition, initiative and action. You’ll have strong motivation and opinions.  Because you mobilize the others extremely well, you’ll be very successful with your teamwork and joint projects. Financially, you might encounter some restrictions that you’ll overcome by an ingenious technique.

Taurus: April 19 to May 20 “I Have”  You may deal with obstacles, delays, or other complications coming from malfunction of a relationship. A friend might play the role of the mediator in a sentimental relationship or a friendship might to turn into more. You’ll care a great deal about intellectual and spiritual matching and your greatest happiness would be to travel or to discover the world along with the person you love.

Gemini: May 20 to June 21 “I Think”  Jupiter enters your house of career, promising success and expansion. January 2016 will be interesting from the financial point of view: well aspected, Mars will inspire initiative in business, profitable investments and extra earnings or other material advantages, as a consequence of previous services.

Cancer: June 21 to July 22 “I Feel”  It’d be prudent not to make strong commitments unless you’ve analyzed the implications very carefully or it’s about an older initiative. Financially, with retrograde Mars in the house of money, the present decisions can be made a bit too soon and can have important consequences – so be careful. Here is a period in which you can arrange for things to work in your favor by diplomatic negotiations.

Leo: July 22 to August 22 “I Will”  The wish for freedom, adventure and new experiences begin to show up. It’s not very clear to you what it is that you want, and retrograde Mercury makes you step back and take a better view of the situation. With retrograde Mars in Leo, it’s possible you’ll experience some inhibition at the action level. Still, this position allows some old initiatives to be retaken, as well as some unsettled or unfinished conflicts or fights to get into attention again.

Virgo: August 22 to September 22 “I Analyze” Even if you’re not in the spotlight, chance will be on your side. You’ll benefit from favorable circumstances, you’ll be the right person in the right place at the right time and you’ll do a good job promoting your image, talent, intelligence, competence, and outcome. Rely on instincts and you won’t be wrong.

Libra: September 22 to October 23 “I Balance”  Free love will be much more favored than old, official relationships. Your residence and possessions will be highlighted this month. Promotion and representation initiatives will put you at an advantage all the month, but especially in the last week which seems to be the luckiest, the most productive and satisfying professionally speaking.

Scorpio: October 23 to November 22 “I Transform” It’s important that you stay within the limits of discipline and that you pay attention to what you say, write, sign. Financially, you’ll be ok, but you’ll soon be very well. A new and sharp wind will blow in January 2016.The landscape will be animated by initiative, procedures, meetings and discussions.

Sagittarius: November 22 to December 21 “I Perceive”  Although, theoretically, you’re more motivated by the spirit than by material things, and by glory more than by money, time has come for you to take a closer look at your financial situation. Many things are now being measured by the scale of value, profit and profitability, and your accounts might undergo important changes. Plan your expenses carefully.

Capricorn: December 21 to January 19 “I Use”  Your wishes will be very intense and will demand immediate fulfillment, but in spite of this haste, you won’t lose your head. You’ll manage to be moderate, to control your emotions and actions, at least regarding important decisions. You’ll have energy, will, ideas and opportunities. You can get ahead with your projects and ambitions on the condition that you get involved.

Aquarius: January 19 to February 18 “I Know”  Mars will be very involved, very passionate, but it can also be impatient, irritated and quarrelsome. You’ll be in a germinating period, conceiving new ideas and projects. Retrograde Mars in your house of relationships could interfere with your collaborations and contracts, or it could over solicit you in this regard. The last week of January 2016 promises success.

Pisces: February 18 to March 20 “I Believe”  It’s possible that you’ll retake an older initiative, abandoned or interrupted.  If a new partnership comes along, try and postpone the decision for a while, until you have a clear image of things. Pay attention to communication.  If you get a collaboration offer that has previously been in your attention, take it without hesitation, because it will be at your advantage.

For the complete, expanded version of the above horoscopes, go to http://ehoroscope2016.blogspot.com