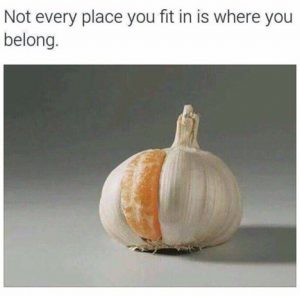 I joined a FB Doreen Virtue Group and after reading some posts, I asked for clarification, “So this group is about wanting refunds for Doreen Virtue products and discussing dissatisfaction about it? Good luck to you all. When you go within and ask your angels, what guidance do you receive?”

I was asking an honest question because when there is a group of people who talk about following their guidance, I’m interested in how they use that in specific situations — like whatever they are unhappy about.  I got instantly attacked. The group admin wrote, “You sent me a friend request and my angels told me your reason was to spy on people who were seeking justice against DV’s corrupt ways.”

Corrupt ways? I asked to join because a Facebook friend mentioned there was controversy and I wondered how group members were using their guidance to work through it. That’s one reason I publish Florida’s Mind Body Spirit magazine the last 20+ years, because those things are of interest to me. I know that one person telling how they work something out can help someone else with the same issue work their own stuff out. Now I see that it was a boycott group. My mistake for not reading enough of the comments to see that before commenting. From their description of the group, I thought it might be a fit for me but it was simply a place I did not belong.

AFTERMATH: I did a post Nov. 6th giving the disgruntled buyer/admin’s version of the Doreen Virtue timeline and she messaged me a copyright violation notice. The notice was not relevant to this matter since It was not a copyright violation, but I took it down 2 hours after posting since I saw she wanted a battle.  Nov. 10, four days later, she emailed trying to engage me but I’m done. That’s how these types work. They troll media folks trying to stir up controversy so they can get noticed by a wider audience.