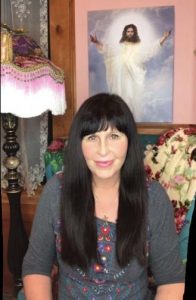 Lots of folks are voicing their opinions about Doreen Virtue‘s move from metaphysical thought to born again Christian fanaticism. Some say she’s following the money since “the New Age left her broke.” Others say she squandered a vast fortune. Neither is true, I knew Doreen for many years. Those in the know know that not everyone who writes books and sells products makes a lot of money. With rare exception, authors and speakers pay their own transportation and hotel costs on book tours, hoping to recoup it through the products and services they sell. As anyone in the metaphysical market knows, very few make a lot of money in it. I’ve read the contracts, I know many authors from many publishing houses and I’ve heard their stories thru the years. Being a best selling author does not always equal big bank.
Tip: Get a good agent. Polish your work so the good agents want you. Otherwise, forget the income and be happy to be in it for the outcome.

Is her awakening real? I believe her newfound faith via indoctrination is genuine and that  she is clearly awakening to — being made aware of — another reality. In the past I too was vibrationally in a place where the community of a controversial cult was comforting. While I was there, I adopted their beliefs and practices not bc the input was so compelling, rather that it was unrelenting and easier to just go with it while I was on that ride. She’ll come out on the other side of this in a few years with a more wholistic view.

Altho misguided at times, aren’t we all? she’s a good person, she’s passionate about wanting to help people, she’s been too trusting and left too many things to the control of others less qualified to steward it. It happens. We give our power to those we think can fix it for us, thus taking on their karma. Then we get what we get until we wake up, again.

Here’s the article that’s freaken folks out, give it lots of time to load:
An A-Z List of New Age Practices to Avoid, and Why –> http://www.doreenvirtue.com/2019/01/21/an-a-z-list-of-new-age-practices-to-avoid-and-why/

What’s her story about it all?
Her newest book, “The Joy of Jesus,” is available as a free ebook download – This book tells the story of why she converted to Christianity https://s3.amazonaws.com/doreenvirtuepodcasts/The+Joy+of+Jesus+ebook+manuscript+copy.pdf

A Rebuttal to Doreen Virtue’s Attack On Unicorns