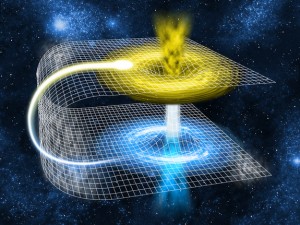 Have you ever been at the right place at the right time yet encounter an unfamiliar scene and feel like you’re in a parallel universe? I’d scheduled my Saturday around a 2:00pm beach event and arrived 45 minutes into it,  but didn’t see anyone I knew or any group gathered on the beach.  A family of 4 was sunbathing to the left, several couples sunbathing to the right. No one I knew. I hung out a few minutes, leaving voice mail for several friends I knew would be there, then went across the street to get gas and return. I ended up in a different wormhole altogether. As I began pumping, a friend I worked with 20 years ago pulled into the station.  We chatted a few minutes and I asked what she’d been up to since we spoke last. She told me she was flustered because she couldn’t get hold of her brother who was supposed to be there three hours before to help her move. She’d done all she could by herself and now needed another pair of hands.  She lived around the corner so I volunteered to give her an hour.

There were packed boxes stacked up in the rooms. It didn’t look too daunting.  I suggested we assess the situation and what we wanted from it.  We basically wanted her brother to show up with the truck like he promised, even if he was late.  We wanted to move the boxes to the garage so they’d be ready to lift onto the truck as soon as he got there. We wanted to act as though he was going to be there any minute and we were just getting it all ready for him.

We did this to set our intention, to have a game plan, something to work towards.  I knew if we continued to grumble about him not showing up when he said he would, if we kept smack talking his faults and bad habits, that was not going to attract the result we wanted, which was to get him happily there. 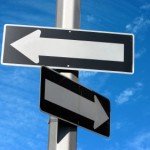 What would help attract the result we wanted — him showing up ready to work — would be taking a few moments to appreciate all the times he’s helped in the past.  He might be late but he gets there, she said. She recounted the times he’d rescued her and come to her aid. She talked about how he had to do some quick growing up when they were kids since their dad wasn’t in the picture.  I could feel the energy changing as she filled with good memories of her brother.  Their mother was in failing health and I listened as she voiced her concerns, not just concern about her mom, but also with getting older in general.  We chatted as we worked and found we’d had many similar life experiences. I was glad to reconnect with her and one hour turned into three as we visited. 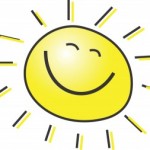 As it neared 6:00pm I prepared to head out as her brother arrived. He backed in the driveway and we had the boxes on the truck pretty quickly. She offered me $50 which I thanked her and refused. It was an unexpected afternoon of not only a good upper body workout, but enjoyable and insightful conversation. It was certainly not the day I’d planned to spend and I ponder the synchronicity of events that had to happen to bring us together at the gas station.  I had to finish a phone call that made me late in leaving the house. I had to arrive at what I thought was a little late at the event. I had to see no one I knew. I had to decide to get gas and return to the beach.  I had to be at the gas station precisely when my friend arrived. Yes, the Universe smiles when we have plans.

UPDATE A MONTH LATER: In the last 3 weeks, this friend has paid me for $425 worth of work. Today, I opened my Chevron bill and the entry for October 17th says “Guru Invest.” A nod from the Universe!