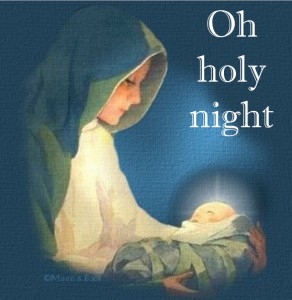 December 25th — it’s not just for Christians.  The actual birthday of Jesus was forgotten by the early Christian movement. In those days, various groups celebrated his birth on January 6, April 21 and May 1st. By the 4th century, the church selected the approximate time of the winter solstice as the date to recognize Jesus’ birth.  The winter solstice occurs about December 21 each year. It is the day of the year when the night is longest and the daytime shortest. Using the crude instruments available, ancient astronomers were able to detect by December 25 of each year that the daytime had become noticeably longer.  This date was chosen, and remains, the traditional date for followers of many different Pagan religions to celebrate the rebirth of the sun. Following the solstice, each succeeding day has slightly more sunlight than the previous day. It was seen as a promise that warmth would return once more to the earth. Numerous pre-Christian Pagan religions honored their gods’ birth or rebirth on or about that day. Their deities were typically called: Son of Man, Light of the World, Sun of Righteousness, Bridegroom, and Savior.  Some examples are:

• Roman Pagan Religion: Attis was a son of the virgin Nana. His birth was celebrated on Dec. 25th. He was sacrificed as an adult in order to bring salvation to mankind. He died about March 25, after being crucified on a tree, and descended for three days into the underworld. On Sunday, he arose, as the solar deity for the new season. His followers tied an image of Attis to a tree on “Black Friday,” and carried him in a procession to the temple. His body was symbolically eaten by his followers in the form of bread. Worship of Attis began in Rome circa 200 BCE.

• Greek Pagan Religion: Dionysus is another savior-god whose birth was observed on Dec. 25th. He was worshipped throughout much of the Middle East as well. He had a center of worship in Jerusalem in the 1st century BCE. Some ancient coins have been found in Gaza with Dionysus on one side and JHWH (Jehovah) on the other. In later years, his flesh and blood were symbolically eaten in the form of bread and wine. He was viewed as the son of Zeus, the Father God.

• Egyptian Pagan Religion: Osiris is a savior-god who had been worshipped as far back as Neolithic times  Worship of Osiris and celebration of his Dec 25th birth, were established throughout the Roman Empire by the end of the 1st century BCE.. “He was called Lord of Lords, King of Kings, God of Gods…the Resurrection and the Life, the Good shepherd…the god who ‘made men and women be born again’”  Three wise men announced his birth. His followers ate cakes of wheat which symbolized his body.

Many sayings associated with Osiris were taken over into the Bible. This included:

• 23rd Psalm: an appeal to Osiris as the good Shepherd to lead believers through the valley of the shadow of death and to green pastures and still waters
• Lord’s Prayer: “O amen, who art in heaven…”
• Many parables attributed to Jesus.

*Persian Pagan Religion: Mithra was a Persian savior. Worship of Mithra became common throughout the Roman Empire, particularly among the Roman civil service and military. Mithraism was a competitor of Christianity until the 4th century. Their god was believed to have been born on December 25, circa 500 BCE. His birth was witnessed by shepherds and by gift-carrying Magi. This was celebrated as the “Dies Natalis Solic Invite,” The “Birthday of the Unconquered Sun.”

Some followers believed that he was born of a virgin. During his life, he performed many miracles, cured many illnesses, and cast out devils. He celebrated a Last Supper with his 12 disciples. He ascended to heaven at the time of the spring equinox, about March 21.

•  The Babylonians celebrated their “Victory of the Sun-God” Festival on Dec. 25. Saturnalia was celebrated from Dec. 17 to 23 in the Roman Empire. Roman Emperor Aurelian blended Saturnalia with a number of birth celebrations of savior Gods from other religions, into a single holy day: Dec. 25th.  As the people of the Roman Empire were accustomed to celebrating the birth of a god on that day, the developing Christian church adopted this date as the birthday of their savior, Jesus.

RELATED: The Pentagram has nothing to do with the Christian Satan, despite what you may have been told