Hello and welcome to the February 2016 edition of Horizons Magazine.

Miracles are simply laws of nature that transcend our familiar band of perception. I’d been tripping with some wrist pain the last two months and after spending time in self care with it, I finally made an appointment with my acupuncturist and doctor of oriental medicine, Dr. David Rindge. After the first 30 minute laser light treatment, I was able to return to the office for several hours of using the mouse. For the last two months, mousing for hours has caused me wrist, arm and elbow pain. 24 hours after David’s laser treatment not only did I have no pain, a friend asked me how my arm was after treatment.  I showed him by picking up my guitar and holding it at arm’s length. I couldn’t hold a pencil like that before without pain. David healed my paws with laser after a car accident that caused trauma-induced carpal tunnel in 2000. Years later I developed trigger thumb on the right hand, painful for two weeks and he healed it in one session, never to return.

I usually don’t go to doctors unless it’s an emergency, even when they are a dear friend. But I know self care is very important.  Last month I made the decision to dedicate all of one afternoon to soothing my sore strained paws with massage, pranic healing, bongers, visualization and music therapy. I found I can listen to my favorite piano concertos and feel it moving through my nervous system like an elixir and healing my paws as it flows out my fingers. I’ve been using the headphones while sitting in front of the altar space, hands resting atop my knees. I envision myself inhaling the music in through my fingertips and exhaling the pain out my mouth. I knew it was just blocked energy, something I was holding onto that I was not yet aware of. That’s why I scheduled the emergency appointment to spend yesterday alone at the beach and figure out what I needed to “let go” of, what I needed to “release my grip” on.  I realized I needed to get the energy moving and figure out what I was metaphorically “keeping a grip on” that I needed to let go of. Yesterday I spent several hours at the beach, letting myself be drawn into the Now, which is where my power lies. Once there, I realized there are a few things I need to drop my involvement in. Once I made that decision, I felt very free.

And my hands were no longer throbbing. It’s nice to have a relief from that. The discomfort made me restless and bitchy. Just the acts of brushing hair and teeth, getting dressed, opening and closing doors, seat belt, steering wheel, the paws got exhausted and throbbing within minutes of getting up. Then I’d get restless and snippy. Mealtime has been a trip the past couple of weeks left handed. It’s been easier to pick meals up or heat a Lean Cuisine rather than prep, cook, clean.  On the upside, I lost 2 pounds without trying!

I over strained my hands/arms by over-use and over-scrolling. Giving them both a rest at the same time is a trip! I’ve been using the time for yoga, meditation, visualization, oh and binge watching The Girls on HBO. A gal’s gotta do that a gal’s gotta do.

One weekday I scheduled an adventure day, made more so by the unexpected rain. I seldom set out to spend a day at the beach but that was the day’s plan. Growing up in Florida, my beach gear typically stays in the car: blanket, towels, swim shoes, sunscreen, insect repellent, water. I added my beach chair and umbrella, small ice chest, tarot cards and Kindle Paperwhite. I made sure my phone was fully charged. I dressed in light colors for privacy, so I’d blend in. If I’m going to be incognito at the beach, I wear light colors rather than my traditional Johnny Cash black. Swap out my black hat for a natural straw one and I’m totally beige. I typically sit high on the dunes amidst the sea oats for privacy and less sea spray, but if I use the umbrella, I stick it in the sand nearer the shore. I keep the car prepared with everything, so if I want to run to the beach on a whim, I’ve got all my comforts with me.  I drove south on US 1 just as the sun was breaking through

My passenger window was foggy with dried salt spray from the day before, so I thought I’d manifest a sprinkler to drive past to clean it.  “There might be one up ahead,” I’d tell myself, just a little focus to attract it if it was to be.  No sprinklers. But soon, a drop of rain. Then another. Then a downpour out of nowhere. I knew it wouldn’t last long, maybe 5 minutes, and that’s about how long it lasted. A beautiful rainbow appeared to the north of me as I drove across the Wabasso causeway.

As I drove north on AIA, it was hard to tell at that time of day whether I was seeing fog or ocean spray but the air was thick with it and there was a light drizzle of rain off and on.  I checked out several of the beaches along AIA to decide where I wanted to be. I crossed the Sebastian Inlet. I laughed to recall a day in the mid 80’s a coworker and I’d called in sick to work and played at that beach all day. Our severe sunburns outed us to the boss the next day. Good times.

I found a perfect spot and settled in. It was drizzling rain on and off but I was dry under the umbrella. I knew to split if I saw lightning. The weather was a balmy 76 with very little wind. Sometimes the beach is so windy I feel beat up by it. Today was a nice balmy breeze.  There were only a few people and they were farther down the beach. No one in the water yet and no surfers.

I did some yoga as I checked out my surroundings. Stretching and breathing on the beach is a whole body/mind experience. I took the ocean spray as salt therapy for my muscles. I sustained more sports injuries this year than in the last 10 years due to basically lack of proper form and overworking certain muscles. I’m a yogi, I’m not used to aerobic or weight training but I’m learning. All injuries are now healed so I’ll be more careful in 2016.

A steady rain began about 30 minutes later, so I packed up and moved north until the sun was out and found another beach. I’m always surprised by how few people are at our beaches and today was no different, at least that early.  I settled in to a new spot, I was the only one as far as I could see.  I meditated. I contemplated the past year. I stretched and breathed in the ocean air. I watched seagulls and sand crabs and pelicans and clouds and waves.

I pondered the past year and felt it’d been satisfying and productive. I pondered what, if anything, I might want to do next year.  I realized I didn’t have many specifics. I want to wake up each day eager to get into fun happenings. I want to connect with friends and share love and ideas and good times. I want dollars to flow in whether I work for them or not. I want harmonious relationships. I want good health.

And I know how to get all these things. I know if I want to have a happy healthy life, then it’s up to me to look for that and encourage that.  If I want to be involved with happy people doing fun projects, I need to find those people and look for those projects.

I may think I have to look outside my own little realm to find happy people doing fun things. I may think the folks around me are pretty stupid or low consciousness or negative energy. If that’s so, then my job is to learn what it is in each individual that triggers me and why, to discover what they are here to teach me.  Once I learn those lessons, only then will I see there are happy people doing fun things around me right now. I couldn’t  see them before I learned that lesson. Now, my world has expanded as my perception expanded.

That’s my goal as well. A long healthy happy life, however long it ends up to be.  If I was to die right now, I’ve had the happiest life ever and wouldn’t change a thing. 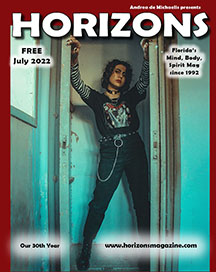