Hello and welcome to the May 2016 edition of Horizons Magazine.  This month we have articles on the Near Dear Experience (NDE) by Anita Moorjani, Suzanne Giesemann, Laurin Bellg, M.D. and Maggie Callanan, who will all be speakers at the International Association of Near Death Studies (IANDS) Conference July 28-31 in Orlando, FL. See their articles, the ad on page 8 and go to www.neardeathconference.com for info

It’s comforting to know we get  more than one lifetime

In the work I do, my experience is we exist in our consciousness — in our mind — which is why “we” don’t die when the body and brain dies. “We” don’t have to have a body in order to exist and be productive. CAN YOU DIG IT? Would God intervene to prevent the caterpillar from becoming a butterfly, a tadpole from becoming a frog? Would He stop an acorn from tearing apart in order to grow into an oak?

The surface shell dies away, our essential self remains alert and conscious inside, ready to awaken into the next dream.

What would happen if God kept the little seeds intact so the Mother oak didn’t watch all her seeds split apart and crumble into mulch? We’d never see the glory of another oak.

In this election season and in particular today where mass consciousness emotions are high, I am calling out to Lightworkers and Vision Keepers to tap into that emotion and channel it in a positive direction. I’m asking you to hold the vision with me of awakened, compassionate candidates in the race. If you feel someone dangerous is on the rise to political power, pray for his awakening and know that when many minds are gathered together with vision in prayer, miracles happen. It’s been said that when just 1% of the population meditates upon peace and lovingkindness, the effect spreads to the other 99% – and it works even if they don’t believe it. Here’s how we can help.

I know my centered-ness, my vision and my hopeful expectation can hold the space for others around me to tune into. My experience is if even one focused person can contemplate the scene and have faith in a successful outcome, that can entrain the consciousness of everyone, whether they are aware of it or not.

Why hold a vision of an awakened, compassionate Trump, for instance?  Because he’s getting into politics and he has the means to make things happen. Yes, right now they are self-serving, mean and unconscionably hateful things but if this man becomes powerful on the political scene, just imagine the amount of good he could do if he had a change of heart?

That’s why lightworkers and visionkeepers can hold a vision of his having an awakening, a compassionate softening of his heart due to new understanding dawning in him. If he’s on the rise to political power, pray for his awakening and know that when many minds are gathered together with vision in prayer, miracles happen.

It does not matter what is going on in the rest of the world, we can chose to focus our thoughts and discipline our behaviors so much that we can have an excellent and prosperous life no matter who is in office, no matter what the official state of the economy, no matter what the scientists or environmentalists say is happening around us.

BECOME A VISION KEEPER WITH US? 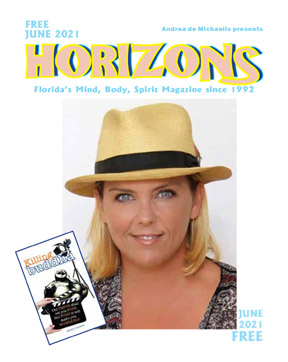 See our Ads on special